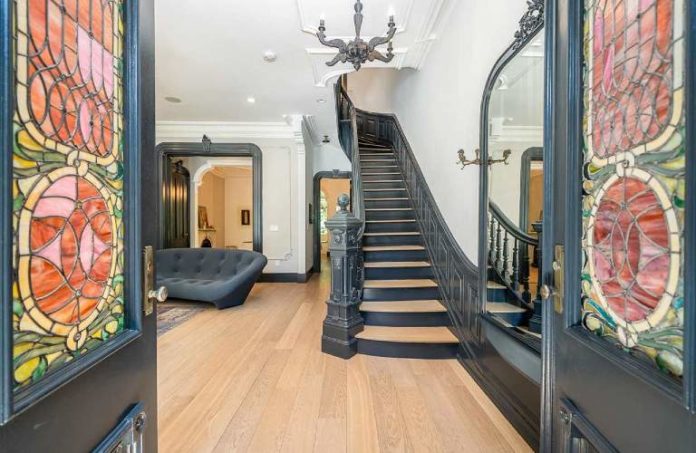 If you were thinking the real estate rush to New Jersey from New York had stalled, think again.

Earlier this month, a historical brownstone with a modern interior (and a pretty nice backyard) at 926 Hudson St. sold for $4.277 million — the second-highest home sale of the year in Hoboken and Hudson County.

And it went fast.

Kristin Ehrgott, who represented the buyers for Compass New Jersey, said the all-cash deal went from contract to close in three weeks.

The house was originally built in 1901.

Ehrgott said the buyers, who were renting in Park Slope in Brooklyn, wanted to be in a bustling city, but also have indoor and outdoor space.

“A lot more companies that said that they were going to start calling people back are starting to push that back, giving workers the option to permanently work from home or remotely. So, people are still contacting me saying, ‘I need a home, I need a home office, I need a guestroom — and I need a backyard.’

“That’s a lifestyle now. I think that need for more space and for outdoor space is still very much happening.”

Ehrgott, the founding broker of Compass New Jersey and the team lead of the Live Here Property Group, said the market no longer is sizzling — as it was at the beginning of the pandemic — but she said it remains very strong.

“The hysteria that happened early on, where people were panicking that they needed to be in the suburbs because they felt it unsafe in the city, has stopped,” she said. “But I think that there’s still that need to have more space for your family.”