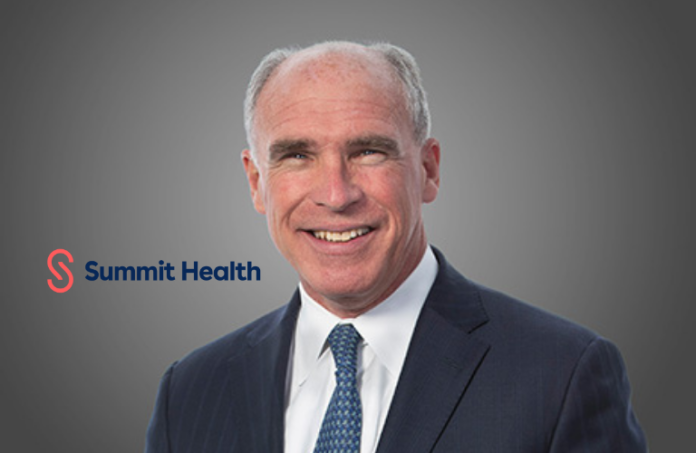 Jeff Alter brings plenty of experience to his new role as CEO of Summit Health – both within the company and outside of it.

Prior to Anthem he was the Founder and President of Arcturus One Consulting. Earlier, he served as the CEO of UnitedHealthcare’s commercial group and in other leadership positions during his 15-year tenure at UnitedHealthcare.

But it is his board work that makes him most suited for Summit Health, which was formed in 2019 with the merger of Summit Medical Group and CityMD.

Alter has served on the board of CityMD since 2017 and has been a member of the Summit Health board since 2019. Both roles gave him great insight into the company.

“Having served on the board and gotten to know this great organization firsthand, I’m honored to work alongside this exceptional team to deliver our mission to provide a more compassionate, responsive, and connected kind of care,” Alter said. “I look forward to building on Summit Health’s established reputation for higher quality, lower cost care as we transform health care for our patients.”

Summit Health was created by the merger between Summit Medical Group, a premier multispecialty physician group, and CityMD, the New York area’s leading urgent care provider. The combined organization, which has more than 2,000 providers and over 8,000 employees, has more than 200 locations in New Jersey, New York and Central Oregon.

Outgoing CEO, Dr. Jeff LeBenger, the founder of Summit Medical Group who will remain as executive chairman, said working with Alter was key.

“It’s unbelievable how much we’ve achieved in the past two years particularly during the extraordinary events of the COVID-19 pandemic, and how our company continues to evolve,” Le Benger said. “I’m excited about the next chapter for the business under Jeff Alter’s leadership. And I look forward to partnering with him and continuing to support Summit Health’s mission in my new role as executive chairman.”

Alter will assume the role on Oct. 4.

Alter received a Bachelor of Science in Marketing and a Master of Business Administration in Finance from St. John’s University