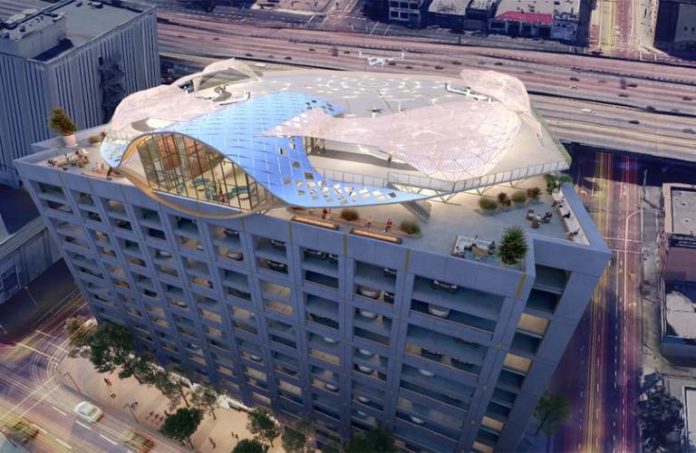 If flying taxis do take off — it’s going to be a local engineering firm helping in the initial liftoff.

PS&S Architecture and Engineering P.C. is focusing heavily on the conceptual design of “vertiports” that will allow for vertical takeoff and landing of futuristic vehicles … and might not be as far off as you expect.

The about 60-year-old Warren firm first launched a task force in 2019 to pursue opportunities within the aerial transport industry. And, earlier this year, it formalized a partnership between it and Varon Vehicles Corp., a company actively involved in designing infrastructure in urban environments that helicopter-like vehicles can move between.

Ted Osborne, executive vice president of architecture and engineering at PS&S, admits he and the other senior professionals behind this project are like kids in a candy store.

It’s fun. But, he’ll have you know, it’s also very serious — and not at all pie-in-the-sky.

“Overall, there are more than 500 different designs (of advanced aerial mobility, or AAM, systems) under development around the globe, and some major manufacturers involved — such as Mercedes-Benz, General Motors and Hyundai,” he said. “So, it’s an extremely fast-growing industry, one that we’ve been working for the past three to five years on.”

The vision is to have an entirely new transportation system that uses primarily all-electric aircraft to move three or four passengers across busy urban centers — off their congested roads. It’s a sort of short-haul aviation service that’s not available commercially.

What PS&S has focused on is the vertiports, a term for areas designed specifically for these aircraft to take off and land, like a heliport does for helicopters.

“The difference is that a heliport is extremely expensive, but a vertiport, on the other hand — not so much,” Osborne said. “And another advantage is, they don’t take up a lot of room.”

Uber’s goal was to “crack the code on urban mobility” and give time back to people. As Jeff Holden, chief product officer at Uber, said, “Trips that can take hours on the ground, can be reduced to minutes in the air.”

PS&S was hired in 2019 by Uber’s Elevate group to design its first “vertiport” passenger terminal, which will be located atop a parking garage in Los Angeles.

“The idea is that a company like Uber would pick you up and delivers you quickly to another terminal, faster than the 60 to 90 minutes it would take in a highly dense city,” he said. “The whole idea, too, is that it would cost no more than an Uber Black service.”

Uber, however, sold off its high-tech vehicle programs, including Uber Elevate and its autonomous car unit, when the pandemic put the brakes on its growth.

Regardless, Osborne said interest in these flying vehicles is only growing.

The company his firm is pairing up with, Varon Vehicles, is involved with creating the sort of low-altitude virtual “driving lanes” through which these vehicles would fly — without mingling with traditional aircraft in higher altitudes.

“This is something that’s going to be real, it’s just that there’s a lot of rules and regulations that have to be set and approved first by agencies such as the FAA,” Osborne said, adding that his guess is that “we’ll see them here around 2024 or 2025.”