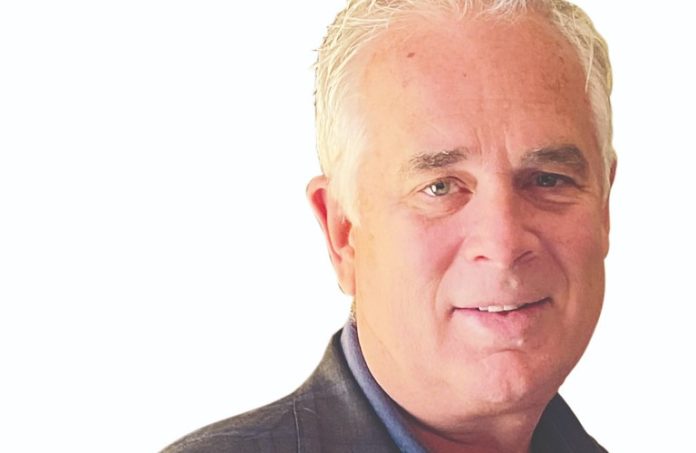 It’s not a shocker — it’s electric trucks people think of when they envision a more sustainability-driven heavy-duty transportation sector.

And Rand Taylor will admit that’s probably where the far-off future lies, especially as state and federal climate goals are pushing everything in a zero-emission direction. In the meantime, however, he’d love to have you start a stopgap in that green dream: his products.

His Asbury-based Industrial Sustainability Group, which he runs with his son, Alec Taylor, started marketing about eight years ago a fuel additive formula that had once been primarily only used by the U.S. military. Neither it, nor the lubrication product it has introduced as well, are what might be what’s first thought of at the intersection of transportation and sustainable initiatives.

So, that’s part of why Taylor is making a major push for recognition of his local company’s products, Fuel Ox, which he claims improves fuel efficiency by up to 10%, and Infinity Lube, which reportedly scores 10 times better on sustainability measures than competitors.

“But there’s a certain amount of skepticism about the product when you bring something to market that’s so much more effective than everything out there,” he said. “And the bottom line is, people, especially in this industry, just don’t like to make changes.”

The father-son team launched their company by pure happenstance, after a close friend approached Taylor with the not-so-everyday suggestion that he could patent and sell a military-grade fuel additive to fleet owners and managers.

“Frankly, I wasn’t interested, because I had no background in it — I was running a training desk in Jersey City,” Taylor said. “But I thought it was interesting enough to ask for product to give friends of mine in trucking companies. They came back with nothing but stellar reports, asking, ‘Where can we get more of this product?’”

The product that they started off giving free samples of (as many tiny bottles as they could) in a business run from their home is being sold now by retailers such as Walmart and Amazon, as well as directly to fleet operators. It’s used for heavy-duty trucks, buses, service vehicles and other vessels.

Fuel Ox, which, in layman’s terms, allows engines to heat up at a lower temperature level and so use less fuel in the combustion process, is manufactured in a large production facility in Asbury. Taylor said they’ve seen a steady uptick of interest in these products, especially in the sustainability-focused European markets.

As mentioned, the sustainable fleets of the future in those markets, as well as locally, might just be electric trucks. But, as Taylor points out, there’s only a little more than 50,000 electric trucks expected to be on U.S. roads by 2025 — compared to the 13-plus million large trucks registered in the country.

Sustainability is a focus now. Fleet managers, and especially transportation-involved municipalities in New Jersey and elsewhere, want to say they’re already doing their part — which, he hopes, is where their product comes in.

“All large corporations are either implementing (sustainable initiatives) or expanding the scope of what they’re already doing,” he said. “It’s getting bigger all the time.”

Six months ago, the firm added a bio-friendly, industrial-strength lubricant division that Taylor says adds to its environmentally friendly suite.

“Lubricants are not a niche area — it’s a $190 billion market worldwide,” he said. “And the amount of green lubricants are just a tiny part of it.”

Whether it’s on parts used by the transportation sector — or even something like the emerging and highly local field of wind turbines — Infinity Lube is meant to compete with conventional petrochemical products that can pose major contamination issues.

Industrial Sustainability Group, in its endeavor to get the word out, is trying to make a fundraising push. It wants about $1 million to support marketing as well as distribution and sales.

“The way we see it: This is truly a revolutionary technology,” he said. “The biggest challenge for us remains getting the word out and having people understand what our stuff can really do.”