Home Opinion Editor's Desk Today is the day we all were going to return to the...
Facebook
Twitter
Linkedin 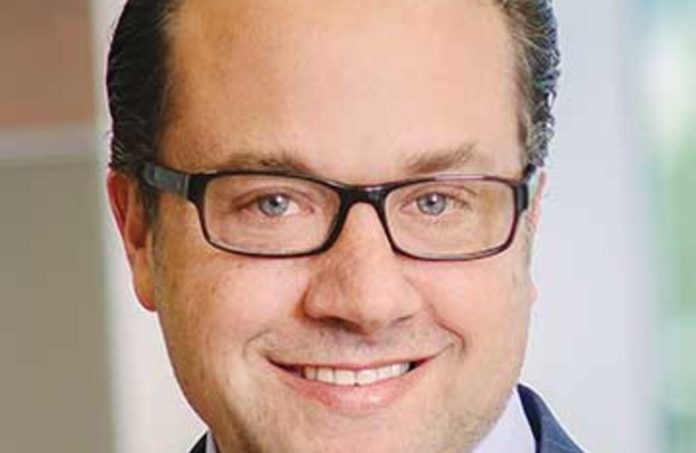 Around Memorial Day — when COVID-19 case counts were low, getting the vaccine wasn’t a political horror show and masks everywhere were discarded — business leaders started circling one specific date: Sept. 7.

The Tuesday after Labor Day, they thought: That’s when everyone will return to the office.

The Delta variant of COVID-19 forced companies everywhere to put their return-to-the-office plans on hold, even in New Jersey, where Delta had impact but did not overwhelm the economy.

So said Jonathan Schultz, the co-founder and co-managing principal of Onyx Equities, a leading real estate investment and property services firm that owns three of the four Gateway towers in Newark and showed its faith in the suburban office market when it spent $160 million on a 10-property portfolio in Morris County — in the middle of the pandemic.

Schultz, of course, said he would love to see a massive return to the office. He also said he’s still confident and comfortable that it eventually will come.

“It’s just a delay,” he said. “I think everyone’s looking at this and trying to figure out who they are and who they want to be. Everyone has different perspective.”

“Think about it: If you have people working in many different markets, how would you like to dissect each one and try to make each one different,” he said. “It’s easier to just pick one direction until everything gets figured out. So, they said, ‘Let’s just sort of do a little bit of a delay.’”

But it was what they didn’t say that caught Schultz’s attention.

That’s what gives Schultz confidence. That, and what he’s hearing directly from companies.

“We’re seeing leasing activity throughout our portfolio,” he said. “Sure, we’re seeing this little delay now because Delta popped up, but I don’t see that changing anyone’s pursuit of space.

“I still see leasing activity, I still see movement, there still are showings. If you have a lease coming up, you’re trying to figure it out what you’re going to do next.”

The options, Schultz said, are numerous.

Bigger suburban locations to give you some space? Absolutely.

A reexamination of what’s needed? That, too.

“Companies are still trying to figure out how to operate,” he said. “There will be a lot of experiments going on, but the central theme always goes back to having a culture.

“Some are saying, ‘If you come in three days a week, it’s a hot desk; if you come in four days a week, you get a desk that you can put your picture on.’ There’s definitely more flexibility in how companies are wading through how they’re going to work in the future. But the central core of having a company and a culture I think holds true.”

When it will return in an office setting, Schultz can’t say.

The day after Labor Day was an easy pick: After all, the work world traditionally returned to full effort that week, now that the kids were back in school.

What’s the next date.

The start of the second quarter?

The first day of spring?

“There’s no one date I’ve heard from any company,” he said. “I keep going back to what our market is: There’s really no one-size-fits-all decision. It’s a moving target.”

That market, however, gives him confidence.

“I feel the way I’ve always felt: We’re in a very dynamic market,” he said. “The way people are using real estate has been progressively changing over the last five years. There’s e-commerce, next-day delivery, all that.

“So, I think that makes our area a great area to do business. I think real estate will continue to change as far as how we use it, but, in my mind, we’ll always be a great market to be in.”

Just not today. At least in the office.

Goal in sight: At HBSE, Gould feels that how you hire...