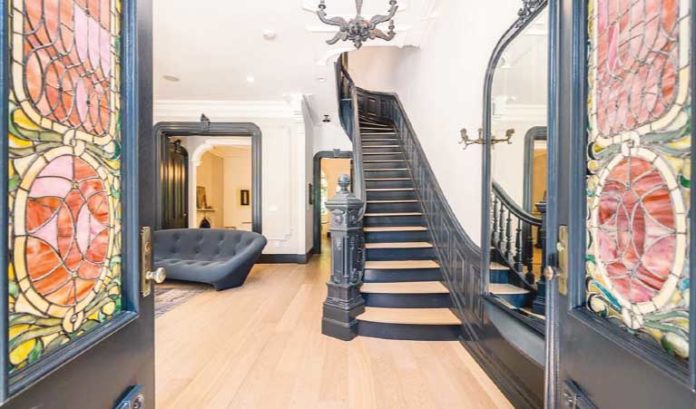 Kristin Ehrgott has been selling high-end homes in New Jersey for more than a decade. And she’ll be the first to admit that the frenzy that overtook the market in the opening months of the COVID-19 pandemic — when people were so desperate to get out of New York City and into the suburbs that they were entering into bidding wars for properties they had never actually seen — is over.

The lust for New Jersey real estate, however, is not.

Ehrgott feels what is keeping the market going now — and figures to keep it going for some time — are the fundamentals that always drive home sales: high demand, low inventory and great interest rates.

“When anybody tells me, ‘We’re in a bubble, the prices are too high, I’m not going to buy right now,’ I tell them, ‘You’re absolutely wrong — and you don’t understand the market if that’s what you think,’” she said.

“Here’s how I see it: When the interest rates dropped to the lowest they’ve been in my lifetime, people took the opportunity to refinance, and locked in mortgages now for 30 years at 2.5%. Those people aren’t going anywhere. That’s going to keep inventory super low.”

And those looking to turn a quick buck already have come and gone, too, she said. Also keeping inventory down. Demand is still there, she said.

Ehrgott has proven that she knows her stuff.

When Compass, the top independent real estate brokerage in the country, decided to enter New Jersey at the start of the pandemic, in April 2020, the first firm it acquired was Avenue Residential, the firm Ehrgott founded six years prior.

Ehrgott still does deals, too. Earlier this month, she closed on a $4.27 million home in Hoboken.

Ehrgott recently spoke with ROI-NJ to give her sense of the high-end housing market. Here’s some of the conversation, edited for space and clarity.

ROI-NJ: Let’s go back to the start of the pandemic, when New Jersey — along with all of the New York City-area suburbs — was flooded with interest in what can only be described as a pandemonium. What was that like?

Kristin Ehrgott: People who were in the city felt unsafe because they felt the risk was higher being in a building where you’re sharing your air with other people and you’re coming into close contacts with others, like on elevators. That sort of mentality definitely has waned. Now, the reasons people want to move are more lifestyle-driven.

KE: Instead of saying, ‘I need more space,’ they are saying, ‘Why not have more space?’ Especially people who have settled into a new lifestyle.

People are finding they have an opportunity to live outside the city.

A lot more companies that said that they were going to start calling people back are starting to push that back, giving workers the option to permanently work from home or remotely. So, people are still contacting me saying, ‘I need a home, I need a home office, I need a guestroom — and I need a backyard.’

That’s a lifestyle now. I think that need for more space and for outdoor space is still very much happening.

ROI: But where? Compass shows city-like properties on the Gold Coast — but also your classic New Jersey suburban community. Who is going where?

KE: It usually comes down to kids. The younger families with kids that are not even preschool age don’t necessarily need the top school districts that come with these suburban towns, want a little bit more space for their growing family, so they often are good fits for these city environments. As are people on the other side, empty nesters who have seen their kids graduate and just want a lifestyle change.

I find the people that are specifically asking for the suburbs are really more focused on the schools as their motivating factor.

ROI: Is there any hope for the McMansions?

KE: Yes. We do not work the markets where you see those bigger estate homes, but I do have relationships with brokers in those areas and sometimes refer people. There’s renewed interest in these homes — even if they are an hour’s drive from Manhattan. That’s OK, because they’re not going in every day, and you get all this incredible land and the prestige of owning an estate.

People are now entertaining at home in smaller groups. And they’re not traveling as much because you really can’t right now. That’s been a shift as well.

ROI: Let’s stay on the new normal lifestyles changing the market. How much interest is there for people to own a second home — a vacation home where you may now spend more than just your vacation time?

KE: There’s a lot. And I’ll give you a great example. I have a client that just sold his suburban home in Bedminster, where he raised his children, who are now out of the house. He ended up renting a high-end condo in Hoboken, paying $9,500 a month, and he bought a $1.3 million beach house.

He made these three trades for a new lifestyle. He wanted to have a really great place he can enjoy a short commute into Manhattan, when he does go into the office. And then, he has a beach house, which he’s spending more and more time at because he can work remotely.

ROI: High-priced houses means high taxes — which no longer can be deducted fully. We hear so much about how the cap on state and local taxes, or SALT, is impacting the market. Is it?

KE: It doesn’t in these higher income brackets. They’re already paying through the roof. For them, it comes down to where is going to be a comfortable lifestyle. Taxes don’t really factor into the financial picture. If you can afford to spend $2 million-plus on a home, you’re really not concerned about what you’re writing off on your taxes at the end of the day. That’s more of an issue for first-time buyers who are watching every penny.

ROI: Let’s keep on the pennies. We often hear many of the big sales are cash sales. Why is that the case for people who certainly could get a bank loan? 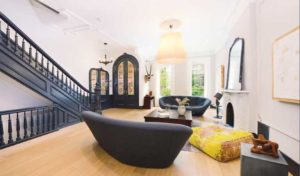 KE: There’s a couple of things that are compelling about it. From the sellers’ perspective, a cash deal means there’s no appraisal. So, there’s no checks and balances of what a bank may consider that property to be worth. And that can be hard to determine. A bank can only use comparable sales values to determine the worth of that property. And when you have a very unique property — such as the $4.27 million house in Hoboken — there are no similar homes.

When a bank’s put in that position, it’s really difficult for them to justify that value. How do they know, how does the bank know they’re making a sound investment that’s backed by the fact that this property could be sold for that price again?

That leads to another benefit. Without a mortgage contingency, you can do a super-quick closing — in weeks. You can’t ever get a loan that quickly.

ROI: Let’s turn back to you. What’s the secret to starting your own brokerage and quickly building it to the point where Compass, which does $150 billion in sales annually, comes calling? A lot of people are fighting to be in your position — how do you do that?

KE: This business is about relationships. Most of my business comes through repeat clients and referrals. I’ve been doing this for 12 years, and I still keep in touch with every client on a regular basis. And, for that reason, they are using me repeatedly as they grow their families and need different properties — whether it is an investment property, a second home or a home for their kids. I also develop relationships with brokers in other markets. The buyer for the Hoboken property came from a New York broker that I developed a relationship with. She thought of me when her clients said, ‘I want to look in New Jersey.’

But it’s really about service.

KE: I not only try to understand my clients’ lifestyle, city or suburb, or preference, historic home or modern, but I try to really understand and answer their questions. The buyers of the Hoboken home have two children that are school age — and they knew nothing about New Jersey or the school systems here. I connected them with two mothers in town, one a past client and the other an agent. They have put their kids through school systems there and had different perspectives on charter schools, private schools and public schools.

I make sure that my buyers have all the information they need — and that they’re not just left to their own devices to go out there and do their own research. Don’t Google, ‘Schools in Hoboken.’ I’m going to give you two real people in the community that are going to tell you what it’s really like.

People want to know if they are making a good investment. I’m going to do the research and show all of the aspects of the community that will contribute to that value. It’s going to be a really deep conversation about the community as a whole, what it offers, why the values are what they are. We try to educate the buyer on every aspect. Only then can you sell them the right house.

KE: Especially if it is. The story is not the near-record sale for Hoboken, but the fact they were only looking to buy in the suburbs when I met them. I showed them houses in Montclair and Summit, but the vibe I was getting was that they wanted a city atmosphere. They were coming from Park Slope, and I just didn’t think they fit in a suburban area, even though they told me that’s where they wanted to be.

I showed them the house in Hoboken, and they just fell in love with it.