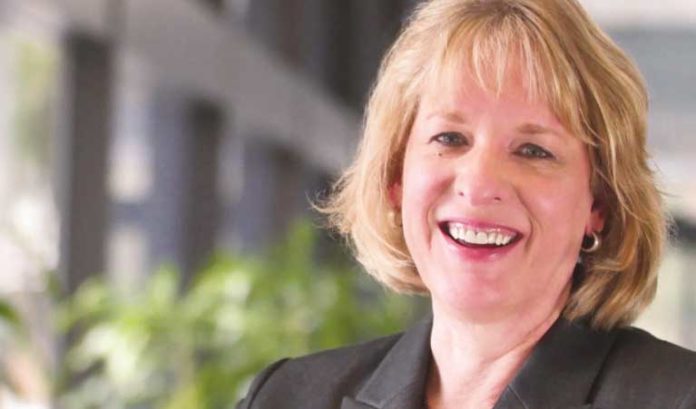 Public Service Electric & Gas President Kim Hanemann is pleased that so much of the work the utility did following Superstorm Sandy in 2012 showed its value when the storm that was once Hurricane Ida ravaged the state last week.

The numbers speak to the effort of the PSE&G Energy Strong program:

“You can see that this infrastructure work has made us more resilient and had a big impact on our stations,” she said. “I can see a huge difference.”

Because of it, PSE&G was able to restore power to all of its customers by Saturday.

Hanemann, who was elevated to president earlier this summer, has been with the company for decades — helping in the efforts not only after Sandy, but hurricanes Floyd (1999) and Irene (2011). She said the impact of Ida has only strengthened her resolve to have PSE&G increase its resiliency.

Incredibly, there is more to do.

“Ida has shown the need for more of that last-mile hardening — those individual assets going down streets and feeding people’s homes, the need to get more resilient poles for wind events,” she said. “That’s a part we haven’t yet focused on as much, but now we want to move to do more of that.”

Hanemann spoke with ROI-NJ about all things involving utility infrastructure. Here’s a bit of the conversation, edited for space and clarity:

ROI-NJ: Talk more about the power stations — how each can have such an impact in a particular area?

Kim Hanemann: Look at Cranford. It feeds about 8,000 customers. It was one of the stations that was raised. You saw pictures of the news of the flooding through downtown Cranford, but we had only 63 customers experience outage in Cranford. That gives you the magnitude of the difference. When you look around the state at places like Cranford, Somerville or New Milford — all of those stations were touched and addressed with our Energy Strong program. They did not flood, and much fewer customers were impacted.

ROI: You talk about raising these stations. How high up are they now?

ROI: A more resilient system is showing its value this week (just ask those who are still without power in the South). That being said, it’s not cheap. What does it cost to do this work?

KH: It varies, depending on how high we go up, but more, how big the station serves. A station such as Cranford, which is smaller, may be $20-30 million. A bigger station may be $50-60 million.

ROI: Here’s the crazy part. These so-called 100-year events are seemingly becoming regular events. I know that pushes PSE&G to want to do more. Are you seeing momentum and enthusiasm from others?

KH: Absolutely. Clearly, you’ve heard Gov. (Phil) Murphy talk about the need for a better playbook and more resilient infrastructures. And, when you go through a storm like this, and you see the impact on communities, it just underscores that.

I spent this weekend out in Manville, and seeing firsthand the devasting impact on Manville and those residents and that community is amazing. Twenty years ago, I was boots on the ground in Manville post-Hurricane Floyd. And this was as bad, if not worse than Floyd, in terms of the impact to those folks. I think an event like this just raises the idea that we need to do more.

PSE&G to lower transmission rates – average customer will save $3...