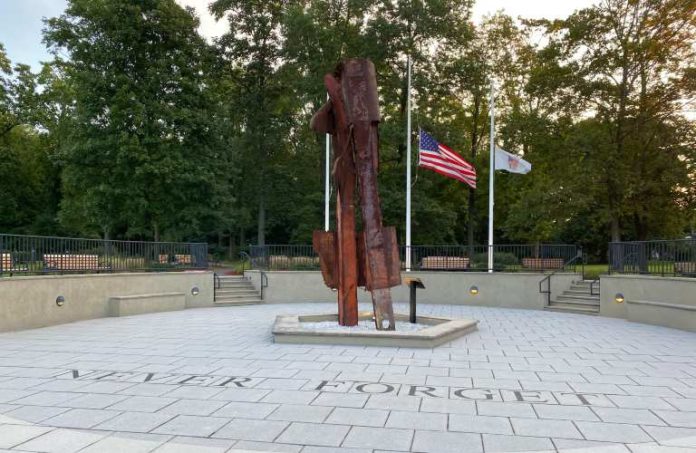 After his picture-perfect morning in Atlantic City came to a shocking end with images on his hotel TV of planes hitting buildings … after his race up the Garden State Parkway was filled with endless buzzes on his beeper and calls from members of his police squad and his family, especially his sister-in-law … after he arrived at the site of his place of work for the past five years only to realize he didn’t recognize the area … and only after his colleagues joined hundreds of others attempting to dig through the rubble that once was the Twin Towers in search of survivors, did Christopher Trucillo, a commanding officer with the Port Authority Police Department, get clarity on how he should respond to the greatest act of terrorism on American soil.

“I remember gathering my team, the people that worked with me on civilian investigations unit,” he said. “Be mindful that everybody wanted to be digging in that pile — everybody wanted to be doing something to help. But I said to them, ‘I need you all to do something at this time that’s more important. We need to find out who’s unaccounted for and we need to reach out to their families.”

The need resonated with Trucillo as soon as he arrived on the scene — which was shortly after the second tower fell.

“When I got there, I was inquiring about the Port Authority police: Who’s unaccounted for? Who haven’t we been in contact with? Who hasn’t responded?” he said.

Like everything else on the day, there was no playbook.

Trucillo later rose to chief of the Port Authority Police Department. But, days after the attack, he was put in charge of a newly created Family Liaison Unit. And, although he has since left the department, taking the job of chief of the New Jersey Transit police, Trucillo has never forgotten.

Bob Zito took on the role of executive vice president at the New York Stock Exchange seven years before 9/11. He helped modernize the exchange in many ways, bringing cameras onto the floor to put a face on the action. 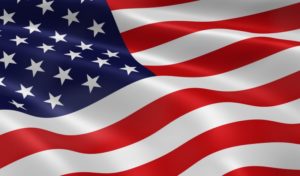 Port Authority Police Cmdr. Christopher Trucillo said one of his most emotional moments around 9/11 came when he finally returned home, two days after the attack.

“I was driving home late Thursday night,” he said. “When I got off the highway, and I was going through the neighborhoods to get to my house, I noticed that every house had a flag except my house. When I got home, as tired as I was, I went through my garage and found our flag. Because that mattered.”

Trucillo said he wants that spirit to return.

“You contrast that to where our country is today, and it’s disappointing,” he said. “It’s sad, but in a way, on that day — on that horrific day, and then the weeks and days that followed — I saw the best of our country. And 20 years later, I don’t see so much of that now.

“So, while I never forget and I always try and remember and look for opportunities to speak about it and talk about it, it’s difficult sometimes.”

He’s most proud of helping to create the NYSE Fallen Heroes Fund in 1998 along with NYSE Chair Dick Grasso. It’s an organization that donated $20,000 to the family of any fallen police officer or firefighter.

So, even though the exchange was closed to trading Sept. 12, it was open to any first responder who was doing work at the site of the towers — serving as place where volunteers could get food and water or just a place to rest.

The memory of the moment has stayed with Zito.

“The looks on their faces when they would come into the exchange was unlike anything I had ever seen,” he said. “I’ve never been so moved in my life by something that I had seen.

“Watching these guys come in, guys who we’re working on that pile trying to find someone, was incredible. I think anyone who was there had to say to themselves, ‘I’ve got to help these people for as long as I can.’”

Zito and Grasso began raising money. First among the members of the exchange. They collected $5.5 million — an amount matched by the NYSE Foundation. The fund was able to donate $20,000 to each of the families.

Zito then starting volunteering with the FDNY Foundation — helping it raise tens of millions of dollars along the way. An event this week raised nearly $5 million, he said.

The money goes to supporting the FDNY, the education and training of members, the education of New Yorkers about fires and about how to prevent them, as well as equipment for the department.

“Anything they need,” Zito said.

“How can you not help?” Zito asked, and then answered. “If you live or work in the city, I think you see every day what the men and women of the FDNY do. And you realize, just like the men and women who are in the service, that every time a firefighter or a police officer leaves their home that day, their family doesn’t know if they’re coming back.

That’s part of the mission for Trucillo and Zito.

“You can imagine how important it is for these 37 families that their loved ones, their sons, their husbands, their daughter get recognized as well. So, a lot of it involves telling the stories and making sure that their stories aren’t forgotten.”

When Trucillo became chief of the Port Authority police in 2004, he took it a step further.

“We had lost officers at the Port Authority prior to 9/11,” he said. “One of the things I did was to make sure we also reached out to those families. We tried to connect them with the 9/11 families and include them in everything we did, because they lost loved ones, too.

“We tried to create a feeling that ‘never forget’ meant never forget all of those who died in the line of duty for the Port Authority Police Department.”

Zito also is eager to bring more people into the equation.

“Remember, EMS is part of the FDNY now,” he said. “Throughout COVID, who was the first line of defense? It was EMS teams, rushing out to get people to hospitals or take care of people wherever they were.

It’s the reason why Zito said he never struggles to find people to join the cause. He doesn’t even have to ask, he said.

“I don’t have to bring in people to the FDNY,” he said. “I think, when they’re exposed to it, they want to support it. When people see what they do, they just automatically feel that they’re going to try and help.”

Trucillo and Zito already have attended numerous 9/11 events this week — and will go to plenty more over the weekend. For many there, it will be an annual remembrance. For Trucillo and Zito, it’s another daily reminder.

Trucillo said he refuses to let the memory fade — it’s rekindled each day in his office at NJ Transit.

The FDNY Foundation always is eager to accept support. Contact it here.

“We lost 37 people, and I keep their pictures on a poster in my office,” he said. “Of the 37, I knew 29 personally. I worked with them, I had meals with them, I knew their families. There are 29 individual stories I could talk to you about. And the eight that I didn’t know, I’ve come to know — their families, their parents, their children, their wives and husband.

“I’ve always tried to do the right thing by them, because 9/11 wasn’t just an event and then it was over. It was days and months.”

Trucillo thinks of the families when he’s in the field, too.

“Since I’ve been in New Jersey Transit, the mission and the No. 1 responsibility for the police department is counterterrorism,” he said. “The possibilities, the what-ifs, always are top of mind for my command staff — train for that, be prepared for that.”

Zito’s reminder comes every day he slips on a sports coat — it takes him back to the week.

“One of the firefighters came into the exchange, covered in soot from Ground Zero,” Zito said. “I thanked him for what he was doing. And he said, ‘No, thank you for what you’re doing.’ And he reached into his pocket and gave me a lapel pin. He said one of the guys in his house had a lot of them. It was a guy who had died.”

Soon after, other guys from the house started coming in and handing Zito lapel pins.

“I have worn one every day since,” he said.

Everyone said it; how many have lived it?

For Zito, it’s been a lifelong calling. It started as a child, watching his father — the executive director of the Bayonne Housing Authority for 25 years — doing everything and anything to help the residents. It has continued with Cento Amici, a scholarship foundation he helped start 35 years ago. But the FDNY Foundation is closest to his heart.

“I made a commitment,” he said. “I told my family, right after 9/11, that I’ve got to help these people. And, whatever I can do to help them, I’m going to do it. They all nodded yes. They knew.”

And they knew it wasn’t just a passing thing.

“This is not something that you say, ‘Well, I’ve done it for 20 years, so that’s enough,’” Zito said. “I think when you feel strongly about something, and when you feel that you owe someone something, you don’t just forget. You never forget.”

The first rule of journalism is to stay neutral. I’m breaking that rule. I know Bob Zito and Chris Trucillo personally — and greatly admire the work they do. I wanted to tell this story. They agreed — but only if the story was about others.

“This isn’t about me,” Zito said. “It’s about the men and women of the FDNY.”

Both are correct. And both are correct when they said there are many others who keep the memory of that moment alive, too. And both should be recognized for all they have done.

‘We have taught women consistently … if they speak up, they...