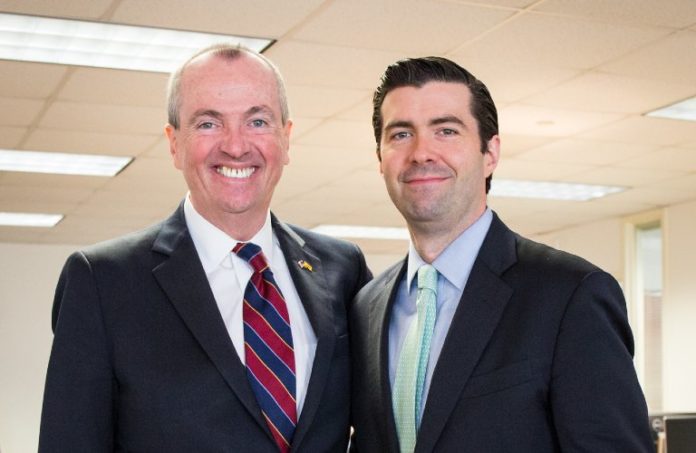 When SOSV issued a Request for Proposals last spring, seeking a location to establish a U.S. headquarters for its highly regarded hard-tech accelerator, HAX, Gov. Phil Murphy jumped in right away.

He knew the competition would be fierce. And he knew the process would play out quickly.

Murphy met with SOSV founder and Managing Partner Sean O’Sullivan in July in Newark — not only touting Newark and its high-speed internet as an ideal tech hub, but the number of incentive programs the state was putting in place to grow the innovation economy Murphy has talked about since his first campaign speech.

Tim Sullivan, the CEO of the New Jersey Economic Development Authority, said he feels the personal pitch from the governor was a big reason why New Jersey won out. SOSV announced Wednesday morning that it is coming to Newark — and doing so in a deal where it is committed to finding and developing 100 companies in the next five years.

“The governor was personally and directly central to this pitch and this effort,” Sullivan said. “I think his personal and direct commitment to how important this was, was critical and made a big impression on Sean and the SOSV team.”

As did what the state had to offer, Sullivan said.

“Beyond the things that often distinguish us, such as talent and infrastructure and location, was the suite of innovation tools that have been developed,” he said. “Programs such as the Accelerate, Ignite and Evergreen programs all made an impression and showed the state’s commitment to early-stage companies.”

That commitment, Sullivan said, goes beyond the Governor’s Office.

Choose New Jersey played a huge role in the process, Sullivan said, as it helped the pitch showcase the resources that are available in New Jersey, including a strong connection to the higher education players in the state.

Sullivan said Princeton University, led by Andrea Goldsmith — the school’s new dean of the school of Engineering and Applied Science — played a big role as well.

“We brought this to her and asked if she could help out, and she jumped in with both feet,” Sullivan said.

Goldsmith, who came to Princeton from Stanford University last fall, visited the HAX location at Stanford and met with O’Sullivan in New Jersey. The two quickly hit it off, both from an academic and an entrepreneurial standpoint.

“This partnership with HAX will be instrumental in our plans for Princeton engineering to catalyze a diverse and inclusive high-tech hub throughout the tri-state area,” she said. “HAX’s focus on ‘deep and hard’ technologies to address complex issues such as decarbonization, automated supply chain, digital manufacturing and industrial efficiency are very much in line with research and expertise we have within the school. HAX’s outstanding track record of supporting entrepreneurs in traversing the challenging path from ideas to companies will be transformative in creating an innovation ecosystem across the region, with Princeton at its center.”

Officials from NJIT and the New Jersey Innovation Institute, who also played a role in the pitch process, said they are eager to take next steps.

“Connections between Newark’s academic, manufacturing and startup sectors are the fiber of our innovation ecosystem,” NJIT CEO Simon Nynens said. “HAX will help to strengthen those linkages through its structured approach to investment, networking and mentorship opportunities. HAX will be a powerful stepping stone for entrepreneurs emerging from NJIT and other well-respected New Jersey research institutions.”

The biggest partner, however, may be the new programs, including:

Sullivan said these incentives were a big part of the pitch.

“I think they were a key differentiator for us,” he said. “They all are part of the same thesis: We want lots of young companies growing and scaling in New Jersey. Not all of them are going to make it, but the ones that do are going to potentially create thousands and tens of thousands of jobs.

“We want to plant a lot of early-stage seeds, because we know the ones that make it are going to pay huge dividends.”

The first dividend, of course, was landing HAX.