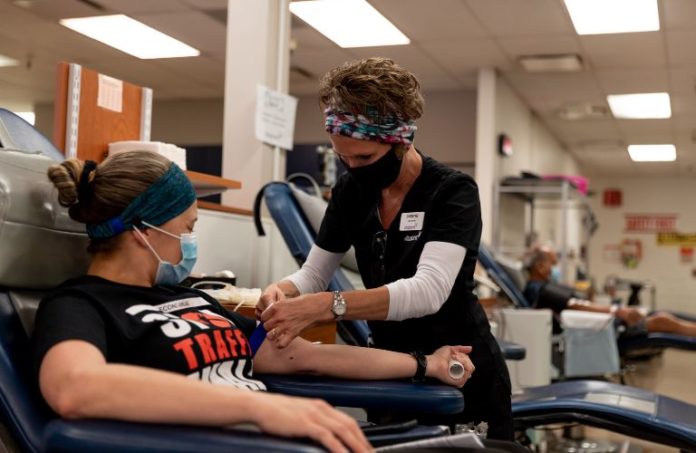 The numbers are telling.

“Fear of the COVID-19 Delta variant is impacting our ability to collect blood,” he said.

“In recent weeks, many community groups, businesses and high schools have canceled or postponed their blood drives due to a decrease in donor participation or an overall hesitancy to participate in events with large public gatherings.”

The impact of the fear shows up in many areas, he said.

“Another COVID-related challenge we face is connected to hiring,” Davenport said. “We have multiple openings for individuals to collect blood, but the uncertainty of the variant and how quickly it spreads has caused concerns from some candidates about working in an environment where there is close contact with donors.”

It’s all part of a domino effect that results in a lack of blood being collected.

“Job openings go unfilled, resulting in a limitation on the number of blood drives we can conduct,” Davenport said.

As a result, blood for surgeries and other medical procedures/treatments is less readily available than is desirable.

What can be done isn’t as easy an answer.

Since the pandemic began, Vitalant officials say they have incorporated multiple new protocols into its blood collection process.

In addition to donors and technicians being required to wear masks, this includes:

Of course, none of this necessarily can overcome fear.

“We understand people have concerns related to being out in public and participating in gatherings,” Davenport added. “But we need their help. This is a serious situation.”

From front line to first in line: Top docs eager to...