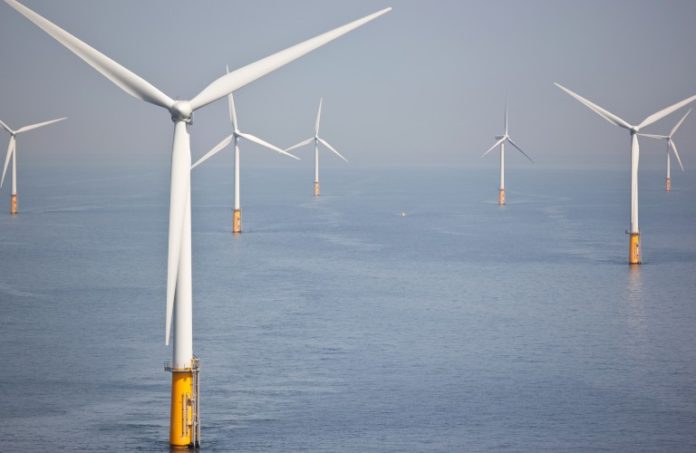 Anbaric Development Partners submitted a portfolio proposal of 19 projects it said will define a new era for the offshore wind industry to the New Jersey Board of Public Utilities and PJM Interconnection on Friday.

The proposal is in response to New Jersey’s solicitation for offshore wind transmission to assist the state’s growing clean energy sector.

Anbaric’s portfolio of projects included planned transmission systems, open equally to all offshore wind generators — maximizing the use of scarce connection points on the grid and minimizing impacts on the environment and coastal communities, while stimulating competition in the industry and boosting the efficiency of the grid.

Anbaric is a majority employee-owned, U.S.-based company focused on designing and developing transmission projects on the bulk power grid and scaling renewable energy.

Anbaric officials said the portfolio of projects includes a range of project scopes and capabilities, including large-scale, networked transmission systems that can integrate thousands of megawatts of offshore wind and power several million homes with clean energy. These proposed transmission systems will accelerate the growth of the industry and create significant clean energy jobs.

Among its bids, Anbaric has included the Boardwalk Powerlink Project, which delivers up to 2,800 MW of offshore wind to the Deans substation in South Brunswick. Anbaric has been developing this project for almost eight years and the project is largely designed and permitted, providing a shovel-ready project option.

Janice Fuller, president, mid-Atlantic, for Anbaric, said the company is eager to showcase the critical role transmission will play in the state’s clean energy future.

“This solicitation embodies Gov. (Phil) Murphy’s nation-leading commitment to scale the offshore wind industry while also achieving aggressive clean energy goals set forth by the administration and boosting investment in the state,” she said.

“Anbaric’s suite of proposals present the lowest-cost, most efficient way to proceed with offshore wind transmission: an open-access, planned system modeled after successful systems already in operation in Europe that we have been advocating for here in New Jersey. If transmission infrastructure can reduce costs and fortify the grid in Great Britain, the Netherlands and Germany, it can do that here.”

Ontario Teachers’ Pension Plan board is the administrator of Canada’s largest single-profession pension plan, with C$227.7 billion in net assets as of June 30. It holds a diverse global portfolio of assets, approximately 80% of which is managed in-house, and has earned an annual total-fund net return of 9.6% since the plan’s founding in 1990. Ontario Teachers’ is an independent organization headquartered in Toronto.

Anbaric, based in Massachusetts, is partnering with Ferreira Construction, a Whitehouse-based utility and civil contractor. The Ontario Teachers’ Pension Plan is the proposal’s main investor.

The portfolio of projects that Anbaric is proposing utilize 400kV high voltage direct current transmission. This technology allows for a single cable bundle to be used to transmit the power that would otherwise require four AC cables and lead to greater costs, routing, environmental and permitting challenges.

Fuller said this system also allows more power to be transmitted at longer distances with far fewer losses and adds to power grid reliability by providing power flow control and significant reactive power that can help wind replace the grid services that traditional fossil power plants provided in the past. Sea platform locations allow for ready use by bidding offshore wind generators in future New Jersey offshore wind procurements, while increasing competition in such solicitations between generators who no longer are limited in their bid by their distance from shore.

These projects also provide a transmission-first approach that gets transmission — often the bottleneck element of new project development — moving ahead of generation to ensure that renewable energy additions are not delayed.

Fuller said Anbaric examined hundreds of potential transmission scenarios and identified projects that efficiently deliver power to shore, protect the environment, coastal communities and the ratepayer, and can be developed in stages to accompany the growth of the offshore industry. The portfolio of projects allows PJM and the BPU to customize offshore infrastructure to the next stages of offshore wind procurements.

Ferreira Construction is a first-rate company that has experience and expertise in all facets of transportation infrastructure, utility/power, marine construction and construction management.

Working with local communities and interests has been a hallmark of Anbaric’s past development work in the region. Anbaric remains committed to robust engagement throughout the development process with all interested parties, including but not limited to the fishing community, local residents and elected officials, labor and business partners, environmental advocates and the environmental justice community. Also included in Anbaric’s bid package is a commitment of approximately $5 million in community grants for STEM programs.

Ferreira is one of the state’s best-known, respected and reliable construction companies, having performed work on the Garden State Parkway, Route 206, Bayonne Bridge, Pulaski Skyway and Newark Liberty International Airport in addition to work on electrical infrastructure projects for utilities throughout the nation.

Led by founder Nelson Ferreira, the company has over $500 million in annual sales and over 1,000 employees.

“Ferreira is committed to making New Jersey’s clean energy goals a reality,” Ferreira said. “This submission offers one of the state’s best opportunities to make that happen. It’s forward-thinking, environmentally conscious and works on a scale we have not seen before. We are honored to be a partner in this endeavor and look forward to getting to work, should this submission be chosen.”