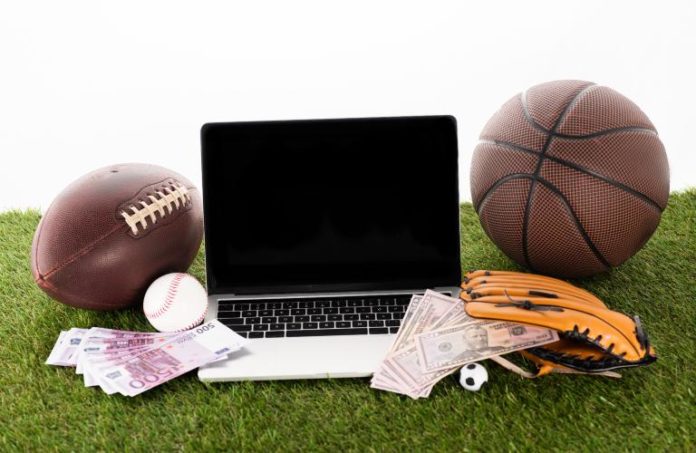 The New Jersey gaming sector is set to break records across the board this fall as the industry gears up for the return of football.

Revenue for online and retail sportsbooks was just over $664 million in August, led by baseball, which attracted $248 million in wagers, according to gaming analytics firm PlayNJ.

Although revenue was down 0.5% year over year, sportsbooks have already surpassed the $6 billion in revenue generated in 2020, with $6.1 billion in wagers so far this year.

The return of NFL and college football, which generated $27.4 million in bets for August, could push New Jersey’s sportsbooks toward $1 billion in September, PlayNJ said. Sportsbooks nearly reached that mark, with $996.3 million in wagers, during the last full month of regular season NFL games in December 2020.

“With only a few college and NFL preseason games, August still showed the outsized effect football has on the sports-betting industry,” said Valerie Cross, analyst for PlayNJ. “Even if September falls short of $1 billion in wagering, we will likely get there before the end of the year.”

Online casinos and poker rooms continued their hot streak, with $113.2 million in gross revenue in August, shy of July’s record $118.7 million but a 29% jump from the previous year, according to data released Thursday.

“The state’s online casinos continue to churn out $100 million-plus revenue months, month after month, and August’s growth shows just a hint of what is to come for sports betting,” said Eric Ramsey, analyst for the PlayUSA Network, which includes PlayNJ. “Now, the state’s sportsbooks and online casinos are both poised to reach heights that not long ago were thought to be impossible.”

Online casinos and poker rooms have generated at least $100 million in monthly revenue for six consecutive months, PlayNJ said. With $866.1 million in revenue so far in 2021, the industry is on pace to surpass 2020’s record $970.4 million by October.

“This year’s revenue could end up nearly tripling the revenue gained in all of 2019, which is remarkable to think about,” Ramsey said. “The behavior change we saw last year appears long-lasting, and perhaps even permanent. While there are some bumps in the road ahead for sports betting, including increased competition from neighbors, it appears there is not much that will slow down online casinos.”

Land-based gaming posted a strong month, with $262.4 million in revenue in August, but the sector remains $1 billion behind 2019 year-end totals as it continues to recover from the pandemic.

Strong performances by both in-person and online gaming during the summer, however, shows that brick-and-mortar operations can beneficially coexist with online gaming, said Jane Bokunewicz, coordinator of the Lloyd D. Levenson Institute of Gaming, Hospitality and Tourism at Stockton University.

“If pandemic mitigation efforts are successful in lowering transmission rates into the fall and winter and live events continue to return to the resort, we can expect a strong shoulder season fueled by continuing demand for experiences,” Bokunewicz said.

Working Mother includes 3 from N.J. in its Best Companies for...