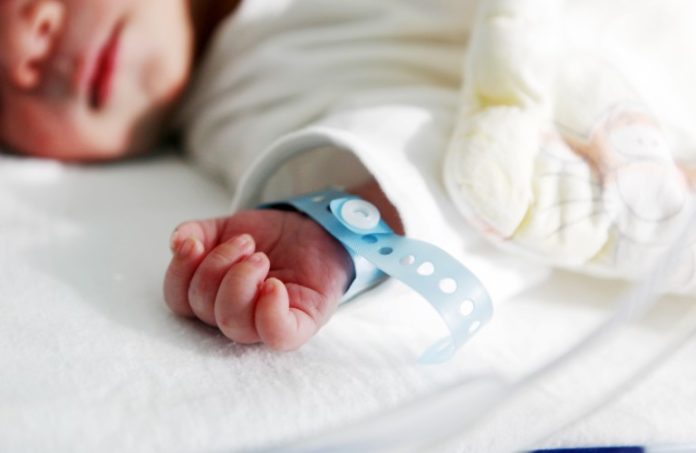 The conventional wisdom that said a big snowstorm — or, dare we say, a pandemic-caused lockdown — would result in a baby boom nine months later? That can be put to rest. Hospitals did not necessarily see in an increase in births nine months after COVID-19 overtook the state and forced everyone to stay at home during the spring of 2020.

But the idea that the lifting of social-distance restrictions would lead to more … dare we say, adult hugging — is proving to be true.

AtlantiCare has the stats to prove it.

The Center for Childbirth at AtlantiCare’s Mainland Campus in Galloway Township usually delivers 160-165 babies a month. Not this summer.

Dr. Blair Bergen, the chairman of Obstetrics and Gynecology at AtlantiCare, said he never has seen anything like it in his more than three decades of delivering babies. He directly attributes the surge to the loosening of pandemic restrictions last fall.

“Once we got the pandemic under control, late last summer and into the fall, I think people started to get comfortable getting back together again, so they stopped being isolated,” he said. “That would correlate with a surge in the summer.

“Last fall, people couldn’t wait to get back to normalcy — and I think we’re seeing the results of that now.”

The baby boom has brought with it one unexplainable statistic: more twins.

Bergen said AtlantiCare already has delivered 28 sets of twins this year — or more than it did in all of 2019. And, while some have been the result of fertility treatments, Bergen said it’s no more than the statistical norm.

“There’s nothing I can pinpoint that makes me say the surge in twins is going to continue,” he said. “That could stop at any time.”

The baby boom? That appears to have staying power. Afterall, we are just approaching the 9- to 10-month window after the first flood of vaccinations.

“I see no reason why this won’t continue through the end of the year,” he said.

That was the advice he gave his own daughter, who gave birth at AtlantiCare during the summer — doing so after getting the vaccine while she was pregnant.

“Our recommendation is to get the vaccine, even while pregnant,” he said. “It’s too new to have any significant studies, but preliminary studies show that it hasn’t caused any adverse effects.”

Bergen admits COVID has an impact on the pregnancy experience. The ability to share the event with friends and family has been restricted.

“The excitement for first-time parents is the same,” he said. “But they just haven’t been able to share it with their parents and grandparents as they were before.”

Because of it, Bergen said AtlantiCare — when appropriate — has discharged some moms a little bit earlier so they can share the milestone moment.

“For me, it’s always amazing to bring life into the world,” he said. “It’s truly a miracle. I always tell patients, getting pregnant is a miracle, conceiving a child is a miracle. It’s just a special moment.”

One that seemingly will happen more than normal in the months ahead.

Why Milanaik is confident his 1.4M sq. ft. offering in Phillipsburg...