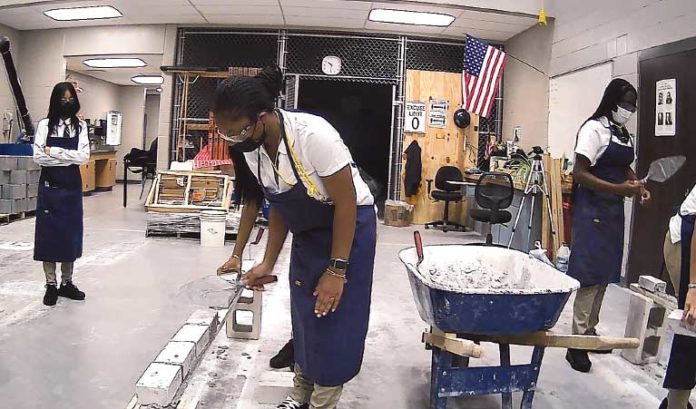 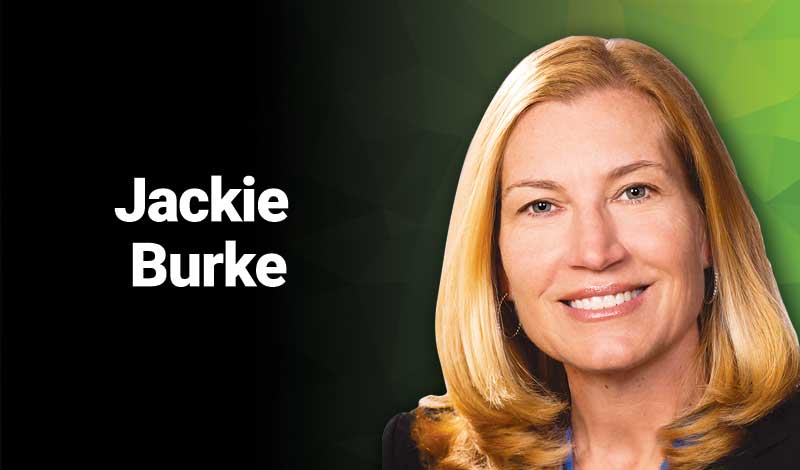 Savvy employers are doing more than accepting and recruiting women into roles that some would consider nontraditional, such as automotive technology and construction trades. Many are also actively building education and training paths for those sought-after employees.

Vocational-technical schools are doing the same, and working with business partners to meet their symbiotic goals.

Initiatives to strengthen gender diversity in the workplace are not do-good endeavors. They are strategies for success at organizations like the Port Authority of New York and New Jersey, which sees them as a way to build its best workforce. PANYNJ has several initiatives to expose underrepresented groups — like women — to jobs that are available, nurture them if they choose that path and, ideally, hire them when they are ready.

From construction to coding, girls are getting involved

The Girls Who Code group at Somerset County Vocational & Technical High School is ramping up its second year. Teacher leader/science instructor Johanna Scholl said girls appreciate the club’s opportunities to gain inspiration from professionals and one another as they consider careers in this traditionally male-dominated field.

“The girls really liked hearing about women in STEM in the videos available,” said Scholl.

They didn’t stop at listening, either.

“They worked on their projects virtually and never missed a meeting,” she said.

Like similar clubs, Somerset’s is aligned with the international nonprofit organization of the same name. Girls Who Code’s website boldly states that it is “building the world’s largest pipeline of future female engineers.” Girls Who Code helps hundreds of thousands of girls learn to code and prepares them to thrive in the workforce.

A female student spurred SCVTS’ club into fruition. Scholl expects the club to expand even further than last year’s group, and is confident those participants will have future job opportunities. There is not only plenty of space for them to enter the computer programming field, but also opportunities for them to make their mark, Scholl said.

A similar club is starting its fourth year at Cape May County Technical High School. This afterschool program focuses on current technology trends, project-based learning, coding skills and social interaction. As a small school, Cape May Tech merged its Girls Who Code program with Esports and its Makerspace program. The integration capitalized on interest and increased opportunities for engagement.

“These partnerships extend the Port Authority’s goal to become an employer of choice,” according to Jenny Davis, PANYNJ’s chief of intergovernmental affairs.

PANYNJ maintains strong connections to vocational-technical schools in Bergen, Essex, Middlesex and Union counties. It offers programs for both students and teachers, as well as tours and internship opportunities.

In addition to providing exposure, PANYNJ works alongside labor unions to support efforts to bring more females into the employment pipeline with apprenticeship opportunities and entrance test preparation.

“This kind of engagement is the first step in getting students into careers, and those students may come back to us as employees,” said Scott Ladd, PANYNJ assistant director of media relations. “This is a stated, active principle that we abide by.”

Recruitment often starts at the vocational-technical schools, said Cyndie Williams, a representative of the United Brotherhood of Carpenters and Joiners of America.

“The vocational-technical schools are really where we find the good workers,” Williams said. “They’ve had the training, they’ve been tested and they have the interest.”

It’s not unusual for the carpenters union to keep tabs on the “top performers” at high school-level competitions like SkillsUSA, she said; those students will be in high demand.

The union gets involved at the high school level with its Career Connections Curriculum that introduces students to the field. Williams said most vocational-technical schools use it, which leads to skills certification and expedited entry into an apprenticeship.

“They kind of set the standard for the guys,” masonry instructor Mark Iacampo said.

That pushes the males, who tend to be motivated by competition.

Over several years, David Kovaleski’s carpentry classes have averaged a 50-50 split between males and females. But, this is the fourth consecutive year that the “foreperson” in Kovaleski’s class has been female. Grades and attendance are factors in that decision, but so are less-specific measures that indicate an all-around great student. As the class runs like a job site, the foreperson keeps everyone on track with timelines, inspects work and guides novices as the project moves from planning to completion.

Typically, students in a vocational-technical school select one career path and focus strongly enough on that to graduate with workforce-ready skills and/or certifications.

Burlington County Institute of Technology will broaden awareness of nontraditional careers by accepting students from all career-focused programs into an extracurricular Girls Who Build club. Last spring, the pilot program attracted six students from their core programs in allied health, fashion design, advertising art and other non-construction fields.

The pilot program had a handful of sessions and a welcoming approach. Students could come to after-school or Saturday sessions, depending on their schedules. Federal funding provided supplies and stipends for teachers, who covered safety basics before delving into entry-level instruction in construction, electrical, welding and HVAC.

“The girls were innovative and they were creative. They were critical thinkers and they were problem-solvers,” BCIT Assistant Superintendent Lisa English said. “And they loved it.”

This spring, the club will welcome back last year’s student participants as team leaders — providing a soft-skills mentoring component as well as technical skills.

Employers can learn more and express interest in partnering with county vocational-technical schools at: careertechnj.org/become-a-business-partner.

Career Classroom: SkillsUSA contests are a win for employers in need of talent

Career Classroom: Demand is high for professionals to serve as career and technical education teachers