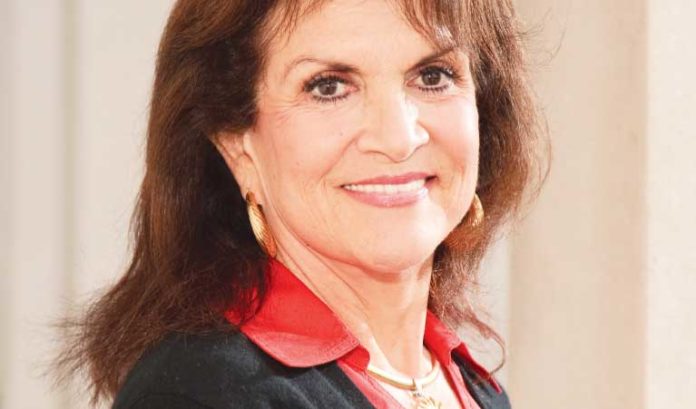 The results of the 2020 census were delayed because of the pandemic. The reaction to them, however, was faster than ever.

The statistics showed that only 55% of the population identified solely as white — a decline of 15.2%, or nearly 1 million people, from just 10 years before.

Many (correctly) pointed out that the ability to identify as more than one race has been a cause of decline for the white-only statistic.

Others have (correctly) pointed out that changing views toward self-identity have changed how people view themselves — perhaps even differently than 10 years before.

Highly regarded Princeton University professor Marta Tienda, the Maurice P. During ’22 Professor in Demographic Studies and a leading expert on population research, offers another view: Why do we still analyze census results in that way?

The country, she (correctly) points out, was created with a melting-pot goal in mind. So, why are we again talking about division instead of integration?

“I hate when people manipulate the data to say that the white population is shrinking,” she said. “That not only gets everybody’s hackles up, it sends the wrong message.

Better yet, it’s that we have categorization that no longer fits the population, Tienda said.

Tienda said the 2020 census will be viewed historically as somewhat of a turning point for the census — a modernization of the program.

For her, self-determination — which first started in 1970 — always is the key.

Every decade, the census attempts to update its racial and ethnic categorizations and identifiers. She sees more choices as a good thing. Even more, she sees a new generation more willing to define themselves differently than their ancestors did before.

For that reason, the 2030 census also may seemingly produce a big swing in certain categories. Marta said it would be as much a change in population as a change in identification.

“I can predict that, for 2030, we’re probably going to have different identifiers — and that the young population, those who are in their teens now and are going to be adults and responding to their own census survey then, probably will answer differently than their parents,” she said.

Tienda is good with that.

An expert in Latino and Hispanic culture, Tienda said she herself has evolved. She once had a problem with the phrase “Latinx.” Not anymore.

“Who am I to tell young people how they should identify themselves or what terminology they should use,” she said. “Meanings have evolved, and they should be determined by the people identifying as such, rather than bureaucrats.

“That is how we used to do it in the 1950s and ’60s, where we had a person go to somebody’s house, and they decided who was Black, who was white, who was whatever category they wanted to use. The people who were being classified had no say in that.

“That began to change in 1970, and it has continued over time. The evolution of labels, identity and self-classifications represents who we are as a nation and how that is evolving. The census should capture that.”

Tienda’s fear is that the census will go backward. That it will become politicized — as it almost was this time around.

“I hope we never politicize the census — that we can allow for the different categories that accurately represent who is here, from where they come and how they are faring.

“That’s the purpose. It’s not to try to foment divisions, but actually to show how diversity is starting to play out over time.”