Home Opinion On the Beat Khemlani: Is it time to change what mainstream news means?
Facebook
Twitter
Linkedin 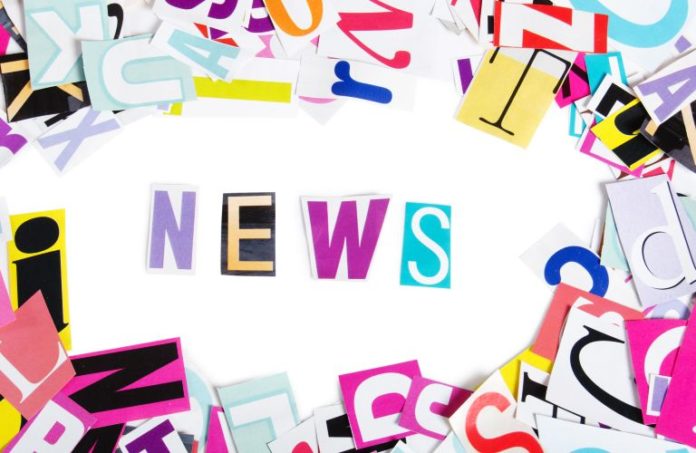 So, what’s the formula to having news organizations do a better job of covering diversity issues in 2021?

Hint: It’s not about hiring.

But, in the aftermath of protests following George Floyd’s death last summer, newsrooms announced exactly that.

Mitra Kalita, who was senior vice president at CNN Digital before leaving in 2020 to co-found and become the CEO of URL Media, put it this way: “What you’ve seen over the last year is almost a knee-jerk reaction to what organizations see as the problem of diversity.”

Which includes the hiring of chief diversity officers — which, like hiring diversity reporters, is not always the ideal solution.

“If you look at every major issue in America, it both revolves around race, and our failure to center people of color,” Kalita said.

I experienced this in 2013-14, when I was working in Atlantic City.

The local economy in Atlantic County was decimated by the closure of several casinos in 2013-2014. I had noticed, in my two years living there, that there was a significant minority population — in large part because of the draw to work in the casinos. This had also led to a surge in minority small businesses and cab drivers.

During the casino closures, there were countless stories about the casino workers union and the protests against the closures, about the overall economic impact and about how families were struggling. But there was nothing about how the unusual diversity of the region was going to be impacted.

I pitched that story, only to be told the newspaper where I worked didn’t want to “alienate our readers.”

I worked in my off hours on reporting and writing that story, and eventually filed it a week or so later, against the direction of my editor. Other editors read it, liked it and put it on the front page above the fold (back when that placement had significance).

Not all journalists of color have a success story like that. Many voices have been silenced in similar situations over the years. How many stories have we missed?

Pick a topic, from redlining to syphilis to bias in policing, to the plethora of workplaces rules and financial rules that have systematically kept a metaphoric foot on the necks of minorities —mostly for African Americans.

These facts and stats have appeared in academic research, but did not appear in mainstream newsrooms around the country until recently. Before that, most “community” coverage in news focused on the census, protests or community events that displayed the community as “other.”

Perhaps it’s time to redefine what “mainstream” is?

One option is to start demanding that everyone see themselves as a diversity reporter.

How news stories are picked up is one of the problems.

And, what gets covered often is driven by what clicks — especially by paying subscribers.

But, does that mean you focus on only the paying readers, who are largely affluent and white?

Narisetti, the former CEO of Gizmodo Media, said that model no longer works in the digital world.

“The boundaries of print no longer confine you,” he said. “So, if that’s the case, if anybody can find your content … then that argument doesn’t hold.”

This boundary bubble exists in New Jersey — which is projected to be a minority-majority state in this decade.

Do you know anything about the Native American population in the state? I know I don’t. And I’ve had a friend who belongs to it and has pointed out the lack of coverage to me repeatedly.

Did you know the secretary of state sits on the board for the New Jersey Commission for Native American Affairs? Did you even know the commission exists? Has it helped the native communities of New Jersey in its more than 10 years of existence? I have no idea.

The usual response to a question like that is: “Why does it matter? Who will read it? Will it gain us more readers?”

Maybe not. But there should be a genuine interest in covering the minority communities that call New Jersey home. Someone once told me that my words will serve as a witness to history. When we began chasing clicks to stay alive as an industry, the history we were recording changed.

Especially as we’ve gravitated to a multifaceted amplification system. The saddest part is that having this conversation now is seemingly futile.

“While it’s easy to criticize newsrooms, they’ve also tried to be diverse at a time when the business has forced them to actually reduce the ranks,” Narisetti said.

And a time where competition is coming from unanticipated directions.

Why isn’t every news outlet on TikTok? Or any other major social platform, where disinformation lives, in a big way? And where, for most minorities, real news is shared?

“If you’re not going to reflect the diversity of the communities in which you are, then you’re setting yourself up for business failure,” Narisetti said.  It’s why under his watch, Gizmodo released its staff diversity numbers in 2017. It’s something Vox continues to monitor. But not every newsroom does it.

“You’re never going to fix something you’re not going to measure,” Narisetti said.

And others try to cheat.

“If you go back and look at masthead of major news organizations 10 years ago, 15 years ago, they were like three or four people. What they have done now is put 25 people … and say ‘Look, we have four women,’” Narisetti said.

“We should look hard at those kinds of optical illusions about progress and diversity,” he said.

“You can get someone in the door, but what pathways are open to folks who want to move into journalism or management?” she asked.

While she believes there is some change happening with regard to the diverse makeup of newsrooms, “there is still a long way to go.” Especially for young minorities who “don’t have the same networks” as others who attend prominent schools or can afford to participate in low-pay or unpaid internships.

“We have to expand our notion of who can be a journalist and create pathways within the organization,” Vega said.

So, how do you solve the multipronged problem, then? Kalita had an idea.

“People in power need to step aside to make room for new ways of thinking, and also for the future for their companies,” she said, in addition to hiring more diverse people in key management or board roles.

Yes, that means some white people will be passed over for management — in the same fashion that, throughout history, qualified and deserving people of color have been passed over.

The pendulum has to swing in the other direction — for a bit.

Vega said we have started to see some progress in the past year, with more women and people of color being promoted to key roles. That includes Rashida Jones, appointed CEO of MSNBC last year, as well as Meredith Kopit Levien, who was appointed acting CEO of the New York Times. Also, Yamiche Alcindor becoming an anchor on PBS and Abby Phillip becoming an anchor on CNN.

But it shouldn’t just be these women and people of color that bear the burden of turning things around.

Minority issues and extremism should be covered as a part of the mainstream, on mainstream platforms, in a non-niche way, every day.

Maybe it’s the wrong suggestion in the middle of the industry’s cash crunch, and with an increasingly divided news industry. But something has to change.

In Kalita’s words: “We should redefine the mainstream.”