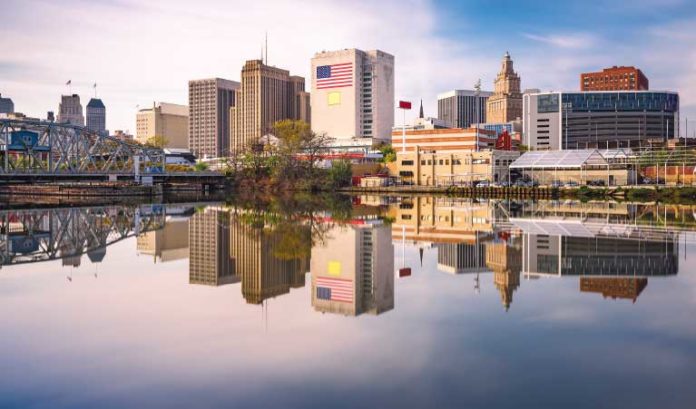 The question of whether New Jersey can attract some of the most innovative tech companies to the state was answered in one big week.

HAX, the globally known accelerator of SOSV, announced it is going to establish its U.S. headquarters in Newark. And Fiserv, a Fortune 500 company based in Wisconsin, is seeking an EDA award in an effort to bring 3,000 high-paying jobs to a location in Berkeley Heights.

The only question remaining: Which of the two big tech announcements is better?

Aaron Price, the CEO of TechUnited: New Jersey and founder of the Propelify Festival, just laughs at the no-wrong-answer question.

“They are both huge,” he said.

More than that, they are vindications for people such as Price, who have spent years saying this could happen — that New Jersey could regain its spot as the leader of the innovation economy, something it had during the glory days of Bell Labs and all the way back to Thomas Edison’s lab in Menlo Park.

“I do feel like there’s a growing momentum in the state,” he said. “The announcements highlight what so many of us have known for so long, and I think what others are starting to recognize: New Jersey is a leading location for technology companies to thrive.”

The two announcements certainly got recognition from a broader tech ecosystem.

The number of groups and individuals that helped in the pursuit of HAX — some of which could be considered potential competitors or unexpected allies — gives many reasons to believe the accelerator could truly be transformational.

Consider Princeton University, long recognized as the leading higher education institute in the country, but one not often associated with North Jersey and Newark.

The 2021 Propelify Innovation Festival, which will feature SOSV founder Sean O’Sullivan, will be held as an in-person, outdoor event Oct. 6 at Maxwell Place Park in Jersey City.

Go to propelify.com to register.

School officials are eager to change that. It’s just one of the many reasons they were an active participation in the recruitment process.

“(The) announcement represents a transformative opportunity for our region, and Princeton is proud to play a role as we continue working to develop New Jersey’s vibrant culture of innovation, entrepreneurship and economic development,” spokesperson Ben Chang said.

“We look forward to building a robust relationship with HAX Newark that capitalizes on the strengths of Princeton’s engineering program and expertise and advances the work of our researchers and students to tackle of some of the biggest challenges of our day for the benefit of our community and the world.”

HAX, which has pledged to support and develop 100 companies in the next five years, will take the Newark startup community to another level.

Newark Venture Partners, which obviously also operates out of the state’s largest city, welcomes its intentions.

Don Katz, founder and executive chairman of Audible and co-founder of NVP, said HAX’s presence will be good for all.

“Moving to Newark and creating Newark Venture Partners are among the best decisions Audible has made, and we’re thrilled that HAX will invest in local talent at all economic levels and help unleash tech to reclaim Newark’s status as a seedbed of innovation,” he said.

The impact of Fiserv could be just as great.

Fiserv is said to be bringing 3,000 high-paying high-tech jobs, looking to leverage the existing tech talent that’s here more than building the leaders of tomorrow.

Price said that’s another reason the announcements were so important — they captured all stages of the tech ecosystem.

“I think that’s why you’re seeing bigger corporates lean into bigger partnerships with TechUnited — and why I think you’re seeing larger international organizations paying more attention to the talent pool, the geographic opportunity, the markets that we have access to, and leveraging New Jersey to grow,” he said.

Which all leads to the next question: How does the tech community grow from here?

Tim Sullivan, the head of the New Jersey Economic Development Authority, said the state is ready for more. Sullivan points to a number of programs to help the tech community that Gov. Phil Murphy has pushed for since taking office.

In addition to these initiatives, Murphy recently signed legislation establishing a groundbreaking funding tool called the NJ Innovation Evergreen Fund, which will allow fund managers, such as SOSV, to apply for up to $5 million per deal in matching government funds for investments in New Jersey-based companies. That number increases to $6.25 million for fund managers who are investing in women- or minority-owned companies or in companies that are located in a historically disadvantaged community.

Jose Lozano, the head of Choose New Jersey, which led the recruitment of both HAX and Fiserv, said everything is in place to attract more companies and accelerators.

“New Jersey is home to a diverse, highly-educated workforce and a thriving innovation ecosystem,” he said. “Newark, in particular, provides exceptional access to both talent and technological resources.

“We were proud to have played a key role in showcasing the state’s many attributes and supporting the HAX location decision, and are certain HAX’s presence in the city will be a win for SOSV, the city of Newark and the state.”

Branding experts who focus on women, minority leaders to appear on...