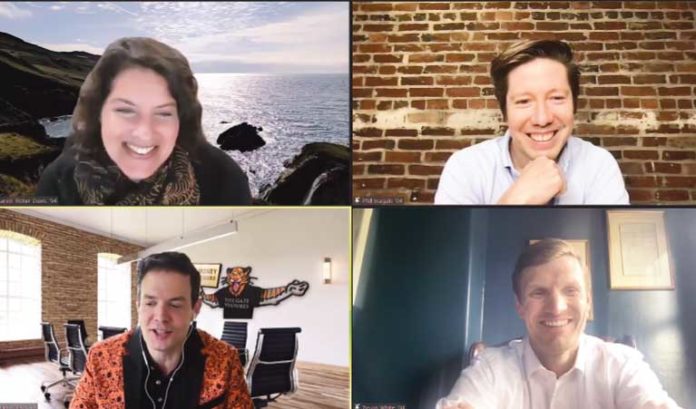 “Tough tech” — technology that’s hard to fund because it’s so complex, takes so long to develop and doesn’t offer the recurring revenue streams that investors love — was the topic of a conversation at Princeton University during its recent virtual reunion.

The discussion, presented by the Princeton Entrepreneurship Council, was moderated by Karen Roter Davis, of Princeton’s Class of ’94, who is a director at X, the moonshot factory, a Google company in Mountainview, California.

What is ‘tough tech’?

Her first question for the panel: What is tough tech, or deep tech, as it is sometimes known?

His company invests at the seed stage, when it’s uncertain whether the tech will work, or if it will scale or be economical at scale. Tough tech is rarely just about software, but it can be. For example, his company has invested in Zapata Computing, based in Boston, which is developing an operating system that can sit on top of any quantum hardware, he said.

According to Mark Poag of the Class of ’93, co-founder and managing director at Fitz Gate Ventures in Princeton and Houston — which funds Princeton startups — even with deep tech, the cost of computing infrastructure has come way down, and this is allowing more startups to enter these areas. In the last five years, entrepreneurs have moved away from building apps, and are now thinking about solving deeper problems, he said.

“And a lot more university professors and grad students are interested in starting companies,” he said.

He also noted that the environment for mergers and acquisitions in deep tech is better now than it used to be.

Roter Davis asked: “Since you do need to derisk the tech, and development cycles can be significant, and a lot of the companies are creating systems, not software, how do you think through funding these companies?”

The answer came from Tyson White of the Class of ’04, director of project finance for the Catalyst program at Breakthrough Energy in Kirkland, Washington, a nonprofit started by Bill Gates. The organization finances first-of-their kind commercialization projects in climate technology.

He said that the Catalyst program was conceived because, in many instances, “We know the technology works, we know it can work at scale; however, we know it’s not economical.”

Even after they’ve been financed in traditional ways, some projects just have trouble getting the additional financing needed to make them work, he said. Catalyst seeks to combine financing from the government, corporations, philanthropies and even individuals to help commercialize these projects.

This helps the project get built. It also helps the parties develop an understanding of what’s required to have a first-of-its-kind technology built, he said. And it leads to scale, by driving down the “green premium,” reducing the differences in cost between the traditional fossil alternative and the green alternative, he said.

“We help them get there, so that traditional financing will then pick them up,” he said.

Roter Davis noted that traditional venture financing looks for returns within seven to 10 years, but, with tough tech, those returns will take much longer to achieve.

Inagaki said an unusual thing about the Engine was that it has a 12-year fund with two three-year extensions. While not all of the investments will take 12 to 18 years to come to fruition, this allows the investors to play in areas like fusion. He added that, the time it takes tough tech or deep tech companies to go public is evolving, and some sectors can reach the public markets more quickly than others. He added that for certain tough tech areas — for example, semiconductors — that fell out of favor, the pendulum is swinging back quickly.

Over the last decade, venture investing has changed a lot, he added. Funds are bigger and rounds are bigger, but funds are also participating at much earlier stages. And they can add large amounts of capital throughout the later stages.

Poag noted that, with tough tech, there are higher valuations in later rounds and larger-than-average exit opportunities for funds. That’s why funds like his want to get into tough tech in the beginning, when the valuations are low.

“What I think is unique about tough tech,” White said, “is that it tends to be highly capital-intensive up front. You require a significant amount of equity capital to build your prototype, (which can be made bigger or enhanced in some way to get to commercial scale). Once it is at commercial scale and you can tap into the traditional infrastructure and finance markets … then, the equity capital needs of the company go down significantly.”

The panelists talked a bit about tech transfer from universities, which was challenging in the past. Inagaki said that it’s not all that challenging these days. Tech transfer offices have evolved a lot in the last decade, he said.

He added that his company traditionally sees Ph.D.s who are working with an established faculty member, and who have some patents of their own, but need to figure out how they can apply their technology. Quickly engaging in customer discovery and figuring out “where the pull is coming from” is important, he said. He also said that startups are often hesitant to bring in someone in a business-development role, although they shouldn’t be.

You can find a video of the discussion here.