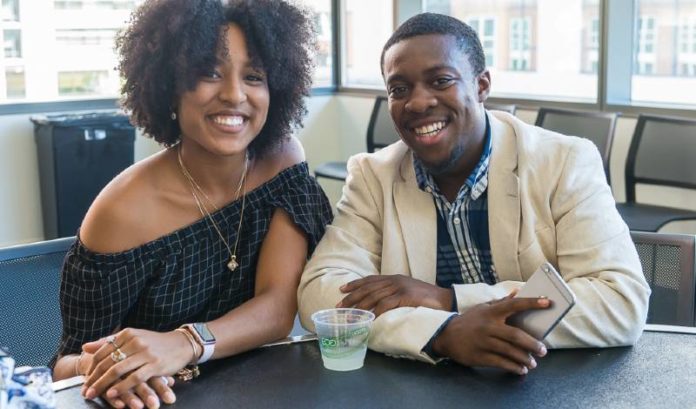 Newark-based PeduL just got a big boost from Google.

The company, founded in 2016 by Chisa Egbelu and Kayla Michèle, will receive a $100,000 cash grant as part of Google for Startups’ second-ever Black Founders Fund awards, Google said in a news release.

PeduL, a platform that helps corporations hire and develop diverse talent through scholarship programs for students, is one of 50 startups to receive equal grants from a $5 million fund, Google said.

“It’s an honor to have a company like Google validate what we’re trying to do,” Egbelu said. “We think we can help a lot of people and really have an impact that’s far beyond our imagination.”

PeduL also will receive $120,000 in Google.org ads grants and up to $100,000 in Google Cloud credits, as well as technical and business mentorship from Google employees.

It’s a chance to scale the business, which has seen success without doing any marketing, Egbelu said. The company plans to use at least some of the proceeds to hire a sales force.

A group of 76 Black founders who received grants in 2020 have collectively raised over $50 million in follow-on capital, and roughly 80% created new jobs, Google for Startups said.

“We are excited to continue the fund and contribute nondilutive funding to Black founders, who currently receive less than 1% of total (venture capital) funding,” said Jewel Burks Solomon, head of Google for Startups U.S. “We heard loud and clear from the 2020 fund recipients that Google for Startups and Goodie Nation have been crucial to their success, not only through funding, but through community, mentorship, network connections and technical expertise.”

Funds will be distributed to founders directly through Goodie Nation, a nonprofit organization that also will help grantees establish relationships with influencers, advisers and other supporting individuals, Google said.

“Chisa and PeduL are the embodiment of New Jersey’s innovative spirit,” Gov. Phil Murphy said. “This grant was well-earned, and I look forward to seeing Chisa’s success in the months and years to come.”

Seton Hall President Nyre and his wife give personal gift of...