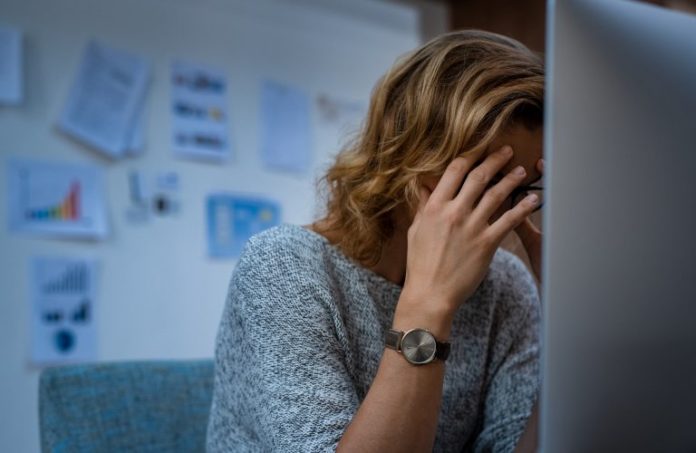 It was a Saturday night in August and attorney Jennifer Credidio couldn’t sleep.

She did what many of us often do: She fired up her laptop, did some work — and sent out an email.

Two minutes later, she got a reply.

The exchange begs the question for everyone in the workforce: What have we become?

Couldn’t sleep tonight, so went through some emails. Emailed an adversary at 2:57 am. He replied at 2:59. On a Saturday night. 🤦🏻‍♀️

Credidio, who specializes in redevelopment law as a member of McManimon, Scotland & Baumann, was negotiating a redevelopment agreement at the time.

She admits that she always has been a night owl, prone to working late and at all hours. But it is something that became more prevalent for her, as well as many of her colleagues and adversaries, during the pandemic, she said.

“It sort of forced everyone to find new and different ways to get their work done and forced managers to be a little more flexible with when that might be,” Credidio said.

It was one of the many new challenges posed by the pandemic and, with the Delta variant pushing the number of COVID-19 cases and deaths higher worldwide, it is a challenge that likely won’t be going away anytime soon.

The effects of the pandemic on mental health have been different for various segments of the population.

“This hasn’t been the same pandemic for everyone,” said Ghinassi, a licensed psychologist who also serves as CEO and president of Rutgers University Behavioral Health Care.

Ghinassi feels the pandemic has created a new set of problems and fears for frontline workers. And, for those who were already disadvantaged, the pandemic made life untenable, he said.

For the American middle class, the pandemic introduced multitasking into the workday in a way that most people were unequipped for.

“We are not any good at multitasking,” Ghinassi said. “We cannot do two things at once, not cognitively. If you look at efficiency and quality, both tasks are diminished.”

The pandemic also exacerbated the challenge of finding a healthy work-life balance, a struggle that began 15 years ago.

“The slow, gradual blurring of the lines between work and home started when you and I started carrying around small computers in our pockets,” he said. “COVID has catapulted us into a place now, for many people, where work and home are the same thing.”

Attorney Chris Murphy, partner at Murphy, Schiller & Wilkes, said he can relate to all of this. Murphy’s firm has grown rapidly since he started it with his brother nearly five years ago.

He was the adversary on the other end of that late-night email from Credidio.

“The reason it’s hard to find a balance is that there’s no distinction between an email I get from Jennifer at 2:50 in the morning, or a text message I get from a friend,” Murphy said. “This is the definition of first-world problems.”

This begs another question: Where do we go from here?

Credidio, who started practicing law in 2003, may have the answer. She remembers getting her first Blackberry three years later. She bought it herself after returning to the office on a Monday to discover dozens of emails about a deal that fell apart over the weekend.

Her life has never been the same.