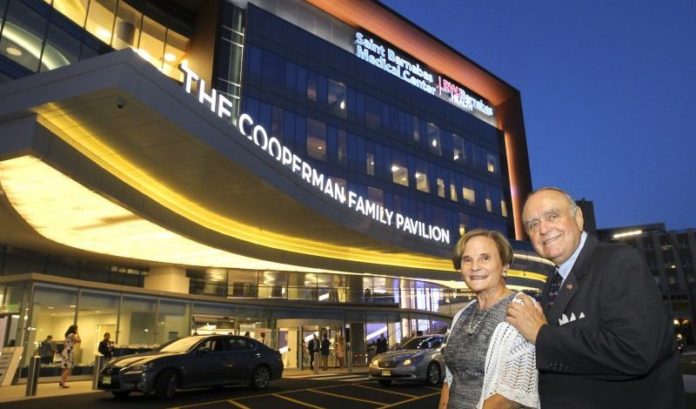 Leon Cooperman, whose foundation Thursday made a $100 million gift to what will now be called the Cooperman Barnabas Medical Center, said the donation is part of his long-stated goal.

He wants to give away a majority of his money.

Cooperman, who is worth billions thanks to his time at Goldman Sachs and, now, as the chairman and CEO of Omega Advisors, a New York-based investment advisory firm, said he has been on a mission to give back since 2010.

Then, he and his wife, Toby Cooperman, took the Giving Pledge, a philanthropic initiative started by Warren Buffett and Bill and Melinda Gates that encourages the world’s wealthiest individuals and families to donate a majority of their wealth to philanthropic causes.

Read his impassioned letter to the Giving Pledge here.

“Our basic philosophy is giving back,” he said. “My family discussed it as a unit, and we felt that that is the best thing to do with our money.”

Cooperman, 78, said he has learned over the years that there are only four things to do with wealth.

Here are his thoughts:

Cooperman has long been outspoken about recent attacks toward the wealthiest in society. The son of a plumber and the first member of his family to go to college, he holds himself up as an example of what can be.

Cooperman said his philanthropic donations are intended to give others the same chance.

“I’ve been very fortunate to be born in America, in a capitalistic system, and I want to remain on that path to a combination,” he said. “I got what I got through a combination of hard work, lots of luck and good intuition. I live the American dream.”