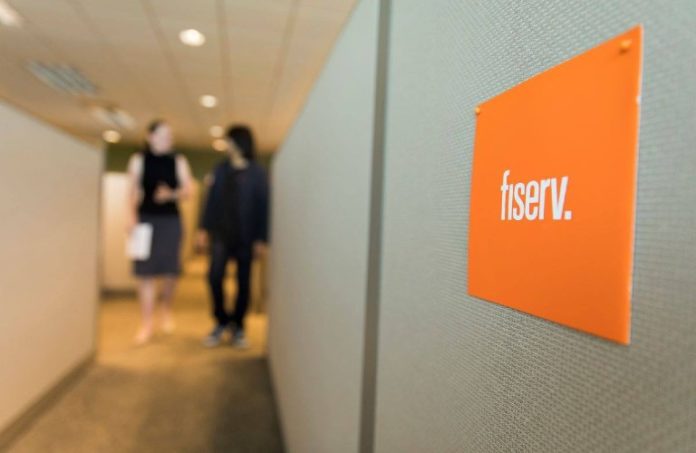 The announcement is a few weeks in the making, as news of a tech hub that will consolidate 3,000 jobs (including the just over 1,000 that already are in the state) came out earlier in the month.

Truth be told, however, this is a deal that was years in the making — and one that figures to benefit the state for years to come.

The initial meetings started in 2018, when Murphy and a team of other top players, including Tim Sullivan at the Economic Development Authority and Jose Lozano at Choose New Jersey, began pitching the state’s benefits and the new innovation economy that Murphy had just started to champion.

Sullivan remembers how it went.

“The governor always has called himself ‘the head of sales’ — this is an example of just how good he is at it,” he said. “This type of deal doesn’t happen overnight. This was something the governor has made central to him personally. This was a long time coming. This was years in the making.”

Bisignano grew up in New Jersey. The company’s chief operating officer, Guy Chiarello, was born and raised here — as were numerous other members of the Fortune 500 company’s leadership.

Chiarello said the company knew what the state had to offer.

“If you think about the assets in New Jersey, the businesses, the beaches, the talent, the proximity to New York City and to Philadelphia and Washington, D.C., and all through the Northeast Corridor, it all made sense,” Chiarello said. “We just felt like it was really a perfect area.”

Especially for an exploding tech company — one that is up to No. 205 on the Fortune list and on a seemingly perpetual hunt for talent. (The 2,000 jobs are just a start.)

“We always felt like talent that we were able to get in this area was exceptional,” Chiarello said. “They understood banking and finance, they had great technology skills and they understood the payments landscape, which is a lot about what our company is not only doing, but driving in many aspects of the economy.

“It became very apparent to us that this could be a significant hub.”

The company had to decide if it was in or out, Chiarello said.

“We had to make a decision about whether to grow or move at the end of the day,” he said. “And, I think, when we saw what was going on in New Jersey, the Emerge program — and what Murphy and his administration are doing to really try to attract business and talent and people back into New Jersey — we were sold.”

Murphy was thrilled by the notion. The Emerge program, after all, was created with companies such as Fiserv in mind.

On Wednesday, the board of the EDA approved an Emerge tax credit award of $109,229,575 over seven years. The agreement has a 313% net positive economic benefit to the state, well above the required rate of 200% for this project.

The deal, however, is about more than just the money.

Fiserv’s presence — coupled with the recent announcement that the global accelerator HAX is relocating to Newark — is evidence that Murphy’s persistence and continued push around innovative companies is paying off, Sullivan said.

“This was an effort to bring a massive number of jobs that took years to percolate,” he said. “This is the kind of project that takes a lot of time and effort, a lot of stick-to-it-iveness.”

And Sullivan feels the jobs — and the companies — will now keep coming.

“This is a really important sector,” he said. “Fintech is a growing industry that didn’t exist in any kind of way 15-20 years ago. Now, it is a massive creator of jobs vital to what we do as a society. The processing of financial transactions and the global payment system is incredibly important and strategic for New Jersey.

He thinks it’s time to give it a new meaning.

“I think the country and the world can take services from companies like Fiserv and a number of others,” he said.

Chiarello welcomes the chance to help the state grow.

“I’ve been in business and technology my whole work life,” he said. “People talk about Silicon Valley and Silicon Alley, but the Northeast Corridor has an unbelievable amount of technology.”

He said he wants more.

“Some people might think that HAX is competitive; I think it’s the opposite,” he said. “I think we want to create a mecca of technology and innovation and help this state draw people into it.”

“We really do have great advantages,” he said. “People talk too much about the disadvantages, they don’t talk enough about the advantages, and that’s part of why we wanted to do this. We really believe we have a state that can thrive with just a few turns of the dial.”