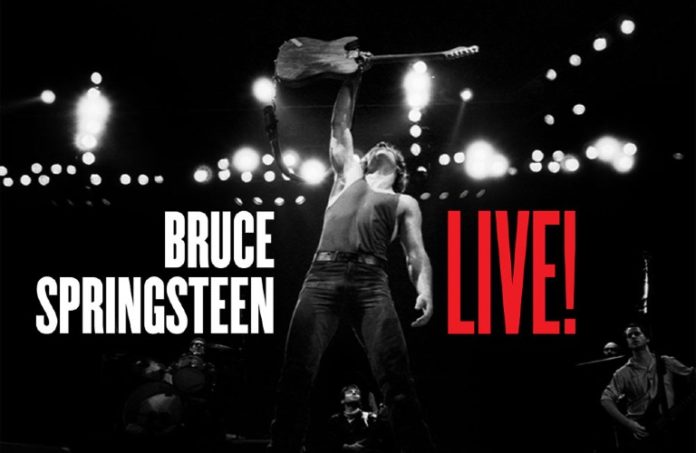 A “Tunnel of Love” ticket booth stage prop … the guitar featured on the cover of “Born to Run” … Clarence Clemons’ saxophone.

All this and more will be at Bruce Springsteen Live! — a traveling exhibit that opens Friday at the Grammy Museum Experience at the Prudential Center in Newark. The exhibit will run through March 20, 2022.

The exhibit, put on in partnership with the Bruce Springsteen Archives and Center for American Music at Monmouth University, will feature iconic artifacts, live performance footage, instruments and stage costumes, exclusive interviews, concert posters and photography, as well as unique interactive displays to immerse fans in Springsteen and the E Street Band’s creative process.

Mark Conklin, director of artist relations and programming at the Grammy Museum Experience, said the facility was thrilled to reopen with a New Jersey legend.

“As we reopen the doors to our museum and so many of us return to the workplace, it only seemed fitting that we would look to ‘The Boss’ to lead the way,” he said. “No musical artist has captured the spirit and resiliency of New Jerseyans in song better than Bruce Springsteen, so we couldn’t imagine a more appropriate exhibit at this moment.”

Bruce Springsteen Live! is meant to provide fans with an intimate look into Springsteen’s creative process, shedding light on how he became — and remains — one of the greatest live performers in rock ’n’ roll history.

The exhibit explores the evolution of Springsteen through the decades and grants exclusive backstage access to Springsteen and the E Street Band’s legendary performances.

Notable artifacts and interactive displays include:

“We are honored to work with the Grammy Museum on this unique Bruce Springsteen exhibit,” said co-curator Eileen Chapman, director of the Bruce Springsteen Archives and Center for American Music. “Opening it here in New Jersey makes it extra special; since so many of Springsteen’s greatest shows happened here.”