Home Industry Manufacturing Kennedy, the face of manufacturing in N.J., to retire at end of...
Facebook
Twitter
Linkedin 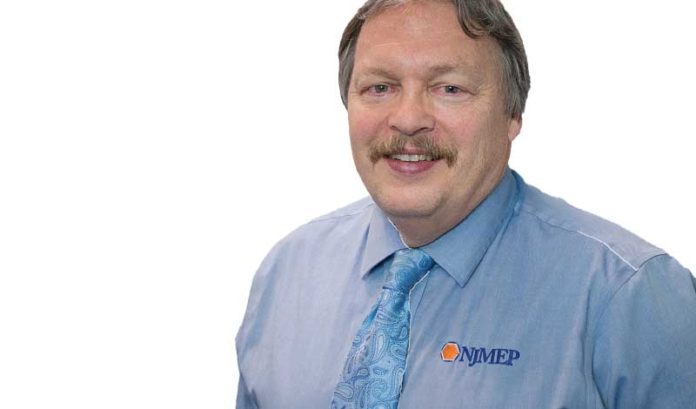 Kennedy, who had started, built and sold two manufacturing businesses, had just joined the organization. He did so with hopes of helping to lift the sector he loved in the state he loved. He felt the mission was critical to the future of the New Jersey economy.

Nearly 10 years later, he chose the event — now a booming success — to announce his retirement, albeit one that will not come until the summer of 2023.

“My contract with the board ends in June of 2023,” he said Friday. “I’ll be 67 years old then. I think it’s time for some fresh thoughts and leadership.”

Kennedy said he was making the announcement early to give the board time to select his successor. And, while he knows the job may draw candidates from outside the organization — as it did when he started — he feels there are plenty of existing internal candidates that are well-qualified.

“We have a number of people who could step in and do the job today,” he said.

Kennedy’s impact on MEP and the manufacturing sector cannot be overstated.

When he started, many key leaders and elected officials in the state had all but assumed the sector had left the state — an amazing thought considering there are more than 11,000 manufacturing companies in the state, which combine to employ nearly 6% of the workforce (245,000 people) and produce an economic output of $47 billion.

Through his efforts, Kennedy brought awareness of the sector’s needs and issues to state leaders and helped relaunched a Legislative Manufacturing Caucus.

NJMEP is rated as one of the top MEP centers in the country. Over the last three years, the National NIST-MEP Network alone has provided a 14.4:1 return on investment nationally and 15.3:1 in New Jersey.

And, last year, NJMEP was one of nine organizations nationally that were recognized by the U.S. Department of Labor as Standards Recognition Entities overseeing the development of high-quality Industry-Recognized Apprenticeship Programs.

NJMEP recently opened a South Jersey office to better serve manufactures there, too.

The role of the organization was never as important as it was during the pandemic.

Kennedy and MEP not only were instrumental in keeping manufacturing open, the daily email news and information blasts the group sent out helped companies throughout the state manage their people and procedures throughout.

Kennedy, however, admits the pandemic played a role in his pending retirement.

“This past year kicked the crap out of me,” he said.

It wasn’t just the long hours serving the sector; it was the loss of close friend and MEP colleague Chris DePace, who died from COVID-19 last spring at the age of 64.

“Chris and I are the same age,” Kennedy said. “We were both healthy, and then he’s not.”

The news of Kennedy’s retirement was a surprise Friday at Manufacturing Day.

State Sen. Tom Kean (R-Westfield), there to accept an award, chose the occasion to salute Kennedy, a longtime friend.

What’s next? Kennedy said he will be willing to stay around and help, but that it soon will be time for someone else to run the ship.

The only thing left, Kennedy said, is to make sure the 10th Manufacturing Day is an event like no other.

“That’s why I made the announcement today,” he said. “I wanted to make it known that next year will be my last Manufacturing Day — (it) will be bigger and better than ever.”