Home Opinion Editor's Desk Why ‘Made in New Jersey’ needs to be a requirement, not a...
Facebook
Twitter
Linkedin 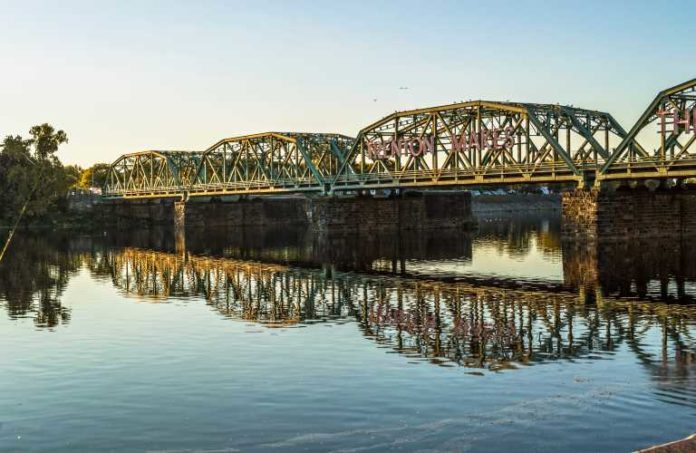 John Kennedy is the head of the New Jersey Manufacturing Extension Program. But he’ll always be an engineer at heart. And he’ll always have all his facts and figures in order when he considers an action.

So, when the New Jersey Wind Port recently was introduced as a location that will put the state in the position to be the hub for the U.S. offshore wind industry, Kennedy and NJMEP Chief Operating Officer Rob Stramara sat down and figured out how many of the state’s manufacturers could be of use.

“We went through our list of manufacturers, did an extrapolation and found that there are 1,279 companies in New Jersey that we think could do something as part of the supply chain,” he said. “And that’s just at the top level.

That’s where things get much less precise.

“That’s great,” Kennedy said. “I love it. But what does ‘Made in New Jersey’ really mean?

“In a lot of states, it’s more than just a designation, it’s a requirement. Companies must make the first 25% of their gross spend in state; the rest can go out for open bid. They feel that’s a fair way to do it. I agree.”

Kennedy said he’s waiting on others to feel the same way.

“If you ask anybody in New Jersey, they’ll tell you we can’t do that — that everything has to be an open bid.”

“This should be easy, simple, a no-brainer,” he said.

But it’s not. The reason: “There are so many companies outside of the state that are influencing the state,” Gopal said.

Speaking during Made in New Jersey Manufacturing Day last Friday, Gopal pointed to the cannabis industry as an example of other states benefiting at the expense of New Jersey.

“You got companies coming from outside the state trying to make money here,” he said. “It’s their right, but New Jersey should have an obligation to take care of the companies that are here, especially those that are manufacturing products here.”

Gopal is pushing legislation that will give New Jersey companies priority for state contracts.

“There is a lot that we should be doing to promote those that are doing business (here) and are choosing to keep their employees here in New Jersey,” he said.

All this sounds easy, simple — a no-brainer. Except it’s not. History has shown that.

And history has shown that it’s not always outside forces that get in the way.

State Sen. Mike Testa (R-Cape May Court House), a Legislative Manufacturing Caucus co-chair, said that was evident during the pandemic.

A bill requiring that the state be required to have a personal protective equipment stockpile in preparation for a future public health crisis — and that stockpile be at least 50% filled with PPE manufactured in state — was conditionally vetoed by Murphy. The bill was approved almost unanimously by the Legislature.

The governor said he lauded the bill, but had numerous concerns, including 1) identifying sufficient space to warehouse the appropriate level of PPE; 2) hiring and training the staff required to store, inspect, rotate and dispose of PPE; and 3) the sizeable cost, including for transportation, warehousing, staffing and disposal, among other areas, which may not be able to be offset through federal reimbursement at the time of the creation of the stockpile.

Can’t all this be worked out?

He told the Manufacturing Day audience that he and co-Chair Sen. Linda Greenstein (D-Cranbury) have introduced a bill that will create a Trenton Makes Commission, which would be tasked with researching and implementing the best ways to incentivize manufacturing businesses to actually come into New Jersey.

“New Jersey needs to work together in a bipartisan manner to make what is said on the Trenton bridge, Trenton Makes and the World Takes, mean something very meaningful once again.”

There are more than 11,000 manufacturing companies in the state, which combine to employ nearly 6% of the workforce (245,000 people) and produce an economic output of $47 billion.

Requiring companies that do business here to make greater use of these manufacturers is one regulation the industry could actually get behind.

And, as Kennedy pointed out, it wouldn’t exactly be unprecedented.

Kennedy remembers the day when he owned a manufacturing company and needed to do business outside of the state.

The local governing body in the location made it a requirement for him to buy a certain percentage of his product there.

“I didn’t blame them,” he said. “They wanted me to support their local companies. And I did.”