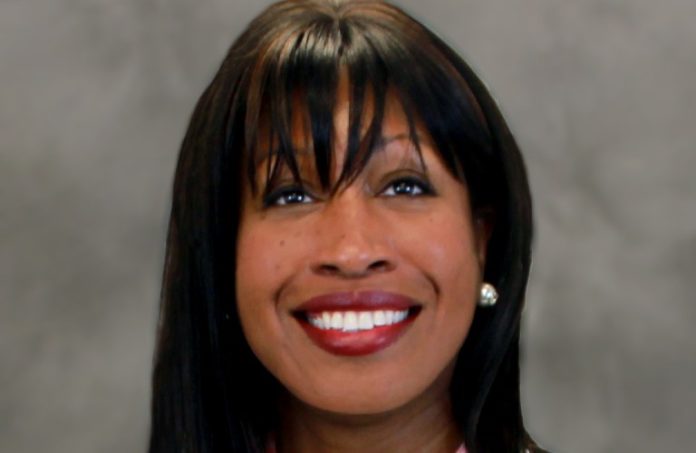 Tifphani White-King thought she’d have traveled the world by now as a performing artist, following with precise and careful steps the path of a ballet dancer.

And she’s traveling it, alright, but as an accountant with a global focus.

White-King found her unexpected second calling in a medley of numbers as an international tax services practice leader for Mazars USA. It’s a profession she never saw herself in — or saw anyone that looked like her in, for that matter.

Once Deloitte’s first African American female tax partner, White-King is today one of the accounting industry’s big promoters of diversity and inclusion initiatives. And, despite what progress firms undertaking those initiatives can cite, she won’t dance around it: The industry has a reputation.

That doesn’t do any favors to those trying to turn the accounting sector’s reputation around.

“It’s definitely a challenge (for accountants) not being able to see people alongside them in the boardroom or team who look like them,” she said. “It brings this constant question of, ‘Will I fit into this company? And how will I? I don’t see people who look like me, so how can I be successful there?’”

Leaders like White-King hope that they’re reaching up-and-coming accountants with the right mix of motivation and perspective. Things are changing, however slowly. Accounting firm clients are demanding as much, White-King said.

Laura M. Crowley, an accountant at Citrin Cooperman, said not only do diverse clients want to be paired up with similarly diverse accounting firms, there’s an expectation that companies will establish relationships with firms that live up to the diversity and inclusion efforts they’re often working on at the same time themselves.

“And it’s also a value to accounting firms internally in terms of decision-making,” Crowley said. “In having diverse voices be the ones you hear, you’re less likely to be making decisions that are often confirmation biased.”

For at least the past two decades, accounting firms have seen a more even and diverse spread of potential recruits graduate accounting programs — and most, particularly the largest accounting firms, have gone out of their way to attract that talent pool, Crowley said.

Nobody is missing the memo, in other words.

“But, despite that history, we just haven’t seen females make it to partner ranks as often as males have,” she said. “So, accounting firms continue to be dominated at the top by white males.”

There’s a movement among investors to measure potential risk and growth in sometimes nonfinancial ways. And, even if accountants’ comfort zone lies in financial report details and numbers, they aren’t ones to miss out.

The newly relevant measurements are those that fall under the header of environmental, social and governance issues, or ESG. And these checks on a company’s conscientiousness — whether it be its social responsibility or environmental impact — are falling into accountant’s laps, according to Diane Wasser, partner-in-charge of New Jersey at Eisner Advisory Group, which provides tax and business consulting as one of two separate entities under the EisnerAmper brand name.

Formerly mostly the responsibility of marketing departments, today’s company stakeholders want to have some standardization of ESG matters, she said. That’s where accountants come in.

“There might not be the usual formality in this area that we might expect from a tax or assurance standpoint, but companies are being closely judged on ESG issues,” Wasser said. “Accountants can help clarify things in this area and determine how they’re impacting financial statements and capabilities.”

Either through potential accounting leaders choosing other careers or firms not doing enough to retain them, diverse accountants haven’t gained entry in large numbers to the upper echelon of firm posts.

And, therein lies a problem: Accountants who could climb the ladder lose hope, because they can’t find anyone like them up there already. And those anxieties sometimes fly under the radar.

Crowley relayed the story of one younger accountant she’s mentoring — as she regularly does —for which that was true.

“Outwardly, he’s struggling to see where he fits within the firm and what department or industry he wants to serve,” she said. “But, underneath that, I believe there lies some level of insecurity about whether he feels like he belongs and whether he’s feeling comfortable.”

Fixing that for people of color and women getting into the profession isn’t as easy as waving a magic wand, Crowley said. It’ll take years to correct the industry’s leadership diversity problem.

On top of it all, firms are contending with an already-difficult labor market.

“So, it’s really competitive right now for an accounting firm to diversify who we have,” Crowley said. “The first challenge is getting people through the door, but we also have to make sure they feel more comfortable, feel like they belong and feel like they can see themselves moving up.”

The strategy for accounting firms with increasingly front-and-center diversity and inclusion plans is to connect with a diverse talent pool early and often.

At Citrin Cooperman, Crowley said there’s been a very intentional attempt to engage recruits with mentorship opportunities. Well before then, the firm also interfaces with campuses to develop relationships with soon-to-be accountants.

According to Lori Reiner, a certified accountant and EisnerAmper‘s chief people officer, accounting firms are finding it important to make themselves known to diverse student populations in each chapter of their educational journey.

“We go to high schools, middle schools and even elementary schools to talk about the profession as a place to consider for students when they go off to college,” she said. “The market is always competitive for being able to hire the best and the brightest, which is why being present on campuses and other educational institutions — and engaging with Black accountant associations and other organizations — makes sense for us.”

The goal of harboring an accountant talent base that’s reflective of the community a firm operates in takes a considerable investment of time and resources, Reiner said. And actually seeing those accountants eventually move into diversity-absent boardrooms — that’s going to take even more involvement.

Reiner believes the value in it should be obvious to all.

“This is something that we as a firm can lean into, but it’s really incumbent upon all the firms to participate,” she said. “The more diverse the industry is, the better it is as a whole.”

Mercadien to serve as subcontractor on U.S. HHS $15M contract