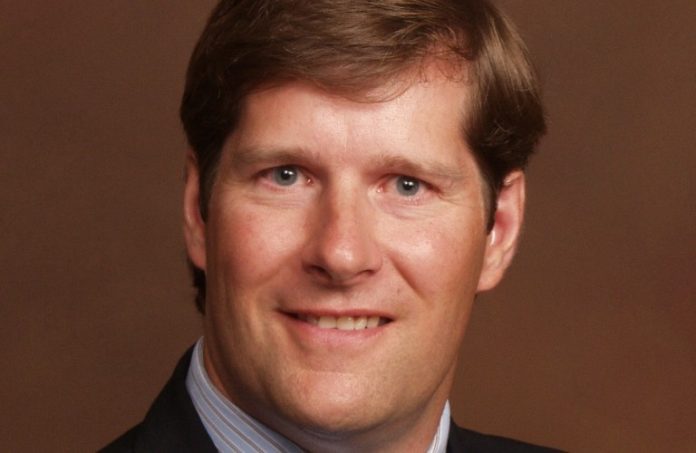 But, if you judge by Jerseyans’ insurance bills, that effect was already there.

Insurance professional Peter M. Jeffery said catastrophic weather events, even those on the other side of the country, create a domino effect that leads back to New Jersey’s insurance premiums.

“When California is burning constantly, or with the constant storms on the Gulf Coast of Florida, that’s ultimately affecting the rates we’re paying in New Jersey,” he said. “And that’s especially true given the frequency of these things happening now.”

Jeffery, who is president of Holmdel-based Holmes & McDowell, a partner of the global insurance brokerage Acrisure, said climate change is never too far from New Jersey when it comes to the prices of insurance coverage.

Scott Hershkowitz, a Fair Haven-based insurance expert, has done insurance arrangements for everything from ranches that offer therapy services involving horses to handling the insurance needs of New Jersey’s cemeteries.

Given that his company is linked into a national insurance organization with experts in every imaginable field, including those whose forte is equine-related insurance, he interacts with a wide variety of niches.

And even the most niche insurance customers can have one thing in common: They need to at least consider making the decision to carry cyberinsurance today, the vice president at Alliant Americas argues.

“This has become something that virtually every client might need,” he said. “Within the past four to five years, ransomware has emerged as one of the greatest threats businesses can face. If you have any data held electronically, you probably have something these cybercriminals are willing to attempt to hack in to get. That goes for everyone from the smallest businesses to the Fortune 500 company.”

All of this drives up costs for insurance companies — and, in turn, their customers when it comes time to renew insurance plans — from one coast to another.

And the threat of having more of those disasters is going to be more profound in the future, according to a recent New Jersey Department of Environmental Protection scientific report that detailed the potential for more intense rainfalls and the sort of flooding experienced during Ida.

Based on that report, there’s a 50% chance that sea-level rise will meet or exceed 1.4 feet within 30 years — a seeming small rise that could lead to big impacts on more flooding-prone coastal infrastructure and Shore businesses.

“(Climate change) is a concern, and not only in New Jersey, where we’re seeing these events happen with greater frequency and more severity,” Jeffery said. “And we’re still affected by what’s happening all over the country from a pricing standpoint. That’s part of why, even though we hadn’t had a major storm for some time prior to Ida, rates were still going up as the insurance market reacted and sometimes restricted coverage based on what was going on in other places.”

Insurance carriers are constantly monitoring different territories in the state of New Jersey and assessing their risk, he added. More of the state in a climate change scenario will be assumed to have higher risks than in the past.

“That will catch people off guard, definitely,” Jeffery said. “Everybody can purchase flood insurance if they want to. But a lot of people, unless they’re forced to by mortgage companies and homeowner’s insurance carriers along the Shore, opt not to.”

The recent Hurricane Ida brought severe flooding to not just the Shore, but river systems less accustomed to heavy floods. A rapid accumulation of groundwater due to intense rains washed over structures that residents and business owners assumed had only a rare chance of flooding.

“I had clients in Jersey City, who weren’t down by the water, but up the hill — and the water came down so fast, it flooded their basement,” Jeffery said. “Unless they purchased flood insurance — after never thinking they would need it — unfortunately, they weren’t covered for that damage. And that happens now to more people than you would think.”

This is where insurance often gets complicated. As Jeffery pointed out, there’s often some debate over whether structural damage was the result of wind or rain during a storm. The government-run flood programs also don’t cover most basement damage.

If property is stored in a basement, Jeffery said those items are generally not covered by traditional flood insurance plans. The insurance market has evolved, however, in recent years, particularly in the wake of Superstorm Sandy. There are private insurers that now provide some level of coverage for finished basements and the valuables inside.

“That’s relatively new; the private flood market is only a couple years old,” Jeffery said. “The carriers are very conservative of where they provide coverage and what kinds of limits they offer to people in different areas.”

Cynthia J. Borrelli, head of the insurance law practice group at Bressler Amery & Ross P.C., said insurers can only go so far with how much they are choosing to limit their coverage in select markets.

From a regulatory standpoint, she said, insurance regulators have been putting moratoriums on cancellation and nonrenewal of policies within certain areas that have been affected by catastrophic weather events.

There’s a new, strict regulatory approach that Borrelli argues often favors consumers and ignores the bottom line of insurers — and it all ties back into the storms and losses of a greater magnitude.

“I expect the climate issue will have a devastating effect on carriers now and in the long run,” she said. “What are carriers doing to combat it? Shoring up their reinsurance, making sure they’ve got a lot of reinsurance, even if it’s getting more expensive and less available in the marketplace.”

For the time being, insurance companies can’t suddenly steer clear of the most climate change-impacted regions. But Borrelli said they have to adjust rates relative to the new risks — or they’re at risk themselves.

“It’s hard to predict hurricanes, but I can tell you — as someone who does a lot of insolvency work — that it just takes one to take a carrier out,” she said.