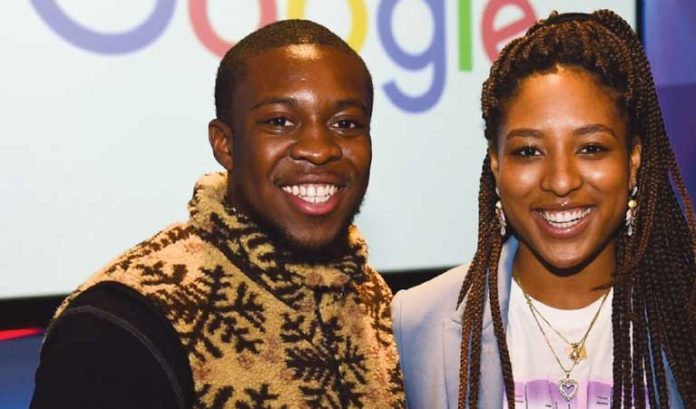 New Jersey entrepreneurs Chisa Egbelu and Kayla Michèle have found that their startup, PeduL, is in a sweet spot right now, responding to a growing demand from corporate talent acquisition managers for diverse job candidates.

The Newark-based startup, which has taken off during the last two years, recently won $100,000 in nondilutive financing from Google’s second-ever Black Founders Fund. Along with the funding, PeduL will receive technical and business mentorship from Google employees, $120,000 in Google Ad grants and up to $100,000 in Google Cloud credits.

Earlier this year, Egbelu and Michèle had gone through the six-month Google Founders Academy, which was virtual.

“That was a totally separate program that was very fruitful for us, and we were able to really touch our mentors from Google,” Egbelu said. “We were able to tap in and get a sample size of their resources and what they could do for us. That program was equity-free, so there was no cash attached to an accelerator. We enjoyed our six months.”

PeduL is a platform that helps corporations diversify their workforce through scholarship programs, according to Egbelu. He explained that executives from Amazon, ViacomCBS or any other company can’t legally put up a job posting seeking a woman fintech specialist or a Latina data scientist. However, they can post a scholarship for an undergrad in one area, or a postdoc in another.

“It allows us to use these scholarships and fellowships as a source to recruit talent all over the United States that meets their exact criteria,” he said.

Think of it this way, he said: “Someone is looking for needles in a lot of different haystacks. We use scholarships as a magnet to attract those needles in all those haystacks. With our technology, we can narrow the applicants down to the Top 10 candidates that closely match what those corporations are looking for. And matching is not just about their GPA or their skill set. It can be about personality traits and cultural fit, for example.”

The fact that the Google Founders Academy operated remotely turned out to have some pluses, said Egbelu.

“My mentor was in San Francisco,” he said. “However, we got to work with more parts of the Google empire. Of course, I wish we could have done more in person. We actually have a meetup for some of the founders in the New York area coming up that will allow us to hang out. However, it’s a tribute to Google that they worked hard to make us all feel connected and a part of the team. They constantly sent us things in the mail to help us feel connected, and we were able to hang out to discuss these physical components via Google Hangouts. Now, with this additional capital, it feels as though we’ve joined something special.”

He noted that the startup, which spun off from Rutgers University with investments from IDT Ventures in Newark and Newark Venture Partners, has raised about $700,000 outside the Google grant. PeduL is now in the middle of another fundraising round. While Egbelu didn’t want to name all the investors, which include a variety of angels, he said, “Lightspeed Venture Partners (based in Menlo Park) and Preface Ventures (based in San Francisco) have been huge for us.”

The cash award from Google, along with the ad grants and the cloud credits, will be put to good use, said Egbelu.

PeduL is essentially a two-sided marketplace, but, while finding companies interested in offering scholarships to diverse candidates is now easier, finding the candidates is more difficult. This is where the startup can help.

“We do a really good job in this area,” Egbelu said. “We make sure that we get in front of our students and meet them where they are, so whether that is through our professor network, and they’re getting nominated, or that is simply through social media, we make sure that we’re getting a large, abundant number of students to apply to the opportunities that are on the platform.”

To make sure the students match what corporations are looking for, “we’ve become so much more qualitative than quantitative,” he noted. “I think we’ve learned a lot of lessons over the years. Now we’re really targeting the people we’re reaching out to, and that’s what makes us special. And we ensure that, when they’re contacting us, we’re putting them through a signup purge process. That narrows things down, so we can better match people to opportunities. … We’re not quantity-obsessed, we are quality-obsessed, by far.”

Egbelu concluded by telling us how networking and being part of the Newark tech ecosystem have helped his company. He said that when PeduL applied to the Black Founders Fund, “unbeknownst to us,” Ashley Edwards, founder and CEO of MindRight Health, based in Newark, another company in the Newark Venture Partners portfolio, nominated PeduL for the award.

“And we were the company that had referred her to Newark Venture Partners, for her to get that investment,” he said. “And now she was a driving force for us to connect with Google.”

He added that it’s “really beautiful” what can come out of networking and making solid connections.