Home Health Care Bramnick: N.J. should step in and help employees who have been hurt...
Facebook
Twitter
Linkedin 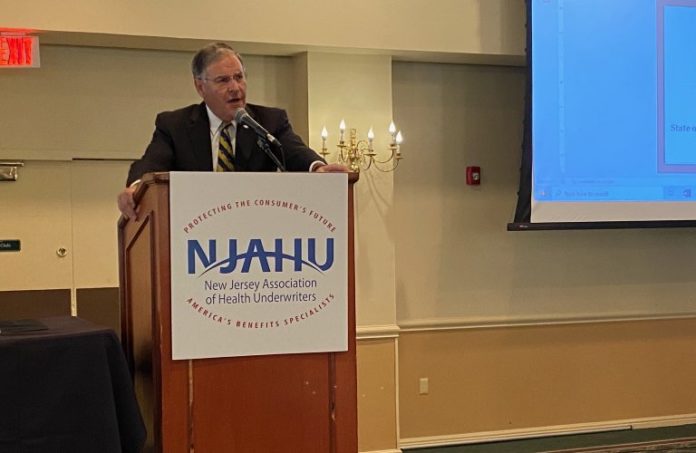 Assembly Minority Leader Jon Bramnick was clear in his aim.

Bramnick (R-Westfield) is not necessarily looking to bail out the failed Members Health Plan MEWA that went bankrupt earlier this summer — after a bill that would have provided $18 million to save it went nowhere in the Legislature.

And he’s not necessarily looking to come to the rescue of the businesses in the New Jersey that have been hit with thousands of dollars in assessments because the MEWA failed. The companies, after all, knew this was a possibility when they signed up for the self-insured plan.

Bramnick, however, said the state needs to come to the aid of those most impacted by this COVID-caused predicament: The thousands of employees of all those small businesses — the ones who are beginning to find that some of their claims are not being paid.

“Employees were under the impression they had insurance,” Bramnick said. “During this COVID crisis, because of unforeseen expenses, the MEWAs couldn’t meet the demand. It seems to me, that’s when the government should step in. Help people with their health care. There’s no doubt in my mind that it’s an appropriate response of government.”

A MEWA is a self-insured plan that many small business owners join, seeking to get better insurance rates through the power of a group. Unfortunately, when payouts are bigger than contributions — as they were because of COVID — the plan has to go back to members for additional money. Some have been asked to pay many tens of thousands more. And that was not enough to keep the plan solvent.

Bramnick, speaking Friday at the annual State of the State of Health Care event put on by the New Jersey Association of Health Underwriters, said employees will be the ones who ultimately bear the brunt of the cost.

“Some of these small employers don’t have the resources to pay the additional assessment,” he said. “They may actually have to surcharge employees.”

It gets even worse, Bramnick said.

Bramnick feels the state needs to step in.

“We did a lot of things for people because of COVID,” he said. “We should absolutely do this.”

“This is not a bailout of an insurance company,” he said. “We’re not looking to prop up a MEWA any longer. They are dead. Kaput.

“This is all about the employers and the employees that rely on these benefits and can’t afford to have their claimant deny. These are very worthy recipients, and we’re just trying to help them in the public interest.”

So, why doesn’t the Legislature want to help? Why couldn’t it find $18 million at a time when the state was getting billions from the federal government for COVID relief?

This is more than a dollars-and-cents issue, Bramnick said.

“Who would be against helping small business owners who were crushed by COVID?” he said.

Bramnick said that, to make sense of it, you need to look beyond policy and look at the politics.

As a Republican in a state where the Democrats control the Legislature by great numbers, he needs help from the other side of the aisle to get something like this done. Bramnick, however, told the crowd they should not look for Democrats who support the idea — but the ones who oppose it.

“You need to figure out who is stopping the bill and then call them out on it,” he said. “The reason this hasn’t been done and the governor hasn’t helped these employees, is because somebody’s stopping the bill.

“And, if you don’t get the politics, you’re never going to win the policy.”