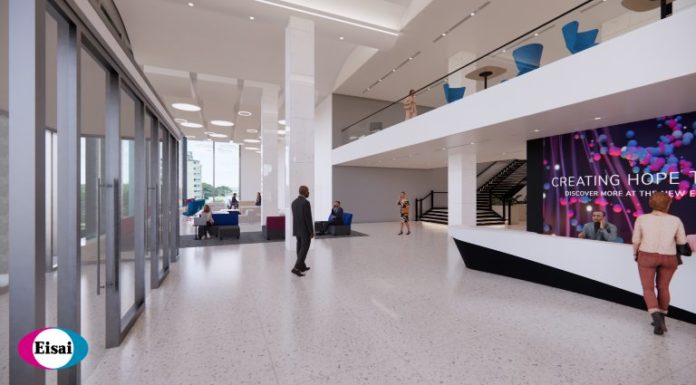 Eisai Inc., a global pharmaceutical company, was thrilled last fall when it announced it was able to relocate its entire team to one spot, the 116-acre ON3 campus that straddles Nutley and Clifton, which is being developed by Prism Capital Partners.

Eisai, which focuses on oncology and neurology, will transfer up to 1,200 corporate and research staff from Woodcliff Lake to 300,000 square feet at 200 Metro Blvd., the campus’ 15-story flagship LEED Gold-certified office tower.

“This ON3 Eisai workplace will bring the Eisai community together in one place and drive a culture of new scientific horizons and entrepreneurial innovation,” Tatsuyuki Yasuno, president of Eisai Inc., said at the time. “We draw inspiration from our patients and passion from our people. We break barriers every day. Our workplace will, too.”

The company wasn’t the only one impressed.

Thursday night at the annual NAIOP New Jersey Gala, the Eisai deal — brokered by Savills and Cushman & Wakefield — was named Office Deal of the Year.

The deal was just one of a handful of awards given out before approximately 600 at the black-tie event at the Palace at Somerset Park in Somerset. 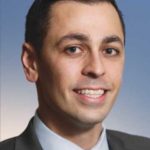 Josh Burd, the editor of Real Estate New Jersey, was honored with the Industry Service Award. Burd is widely regarded as the top commercial real estate reporter in the state.

The other big award went to FreezPak Logistics Center, which straddles Elizabeth and Newark. It was honored with the Industrial Deal of the Year award.

NAIOP N.J. presented a number of additional awards, including the Transformation Award, which went to the UPS lease @Lincoln Logistics in Bayonne.

Lincoln Equities Group and Cushman & Wakefield were involved in that deal.