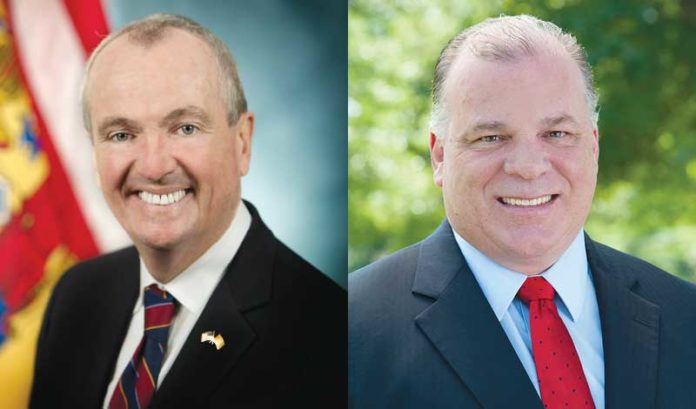 Gov. Phil Murphy and state Senate President Steve Sweeney are among a number of notable speakers who will appear at the New Jersey State Building and Construction Trades Council convention, to be held Tuesday and Wednesday at the Hard Rock Hotel & Casino in Atlantic City.

Council President Bill Mullen said delegates to the convention will be asked to approve the endorsements of Murphy for reelection and a strong, bipartisan slate of state Senate, Assembly and local candidates who earned support of the council’s leadership following an extensive screening and vetting process.

“All of our endorsed candidates support our positions on issues of vital importance to our membership. They have consistently stood with us on legislative matters to stimulate the economy, create job opportunities in the union building trades and improve the overall quality of life in New Jersey,” Mullen said. “They also know the importance of setting aside aimless bickering and blind partisan agendas that have contributed to the endless controversies and political and cultural divides that have plagued us over the past two decades.

“We believe they will work with us to resolve these divisions, as well as the chaos created by the COVID-19 virus, and will help encourage a renewed sense of trust and respect between the political parties.”

Resolutions to be considered include the enactment and funding of the federal $1.2 trillion Infrastructure Projects package, the immediate approval and construction of the $12.3 billion Gateway Tunnel project, support for construction of the landmark New Jersey Wind Port project in Salem County and support for the “Path to Progress” initiative as a means of bolstering economic development and growth and relieving the state’s fiscal deficit crisis.

Real Estate
Linda Lindner -
December 7, 2022
Red Bank-based First National Realty Partners is projected to have $1.5 billion in assets under management by the end of 2022, as the company...