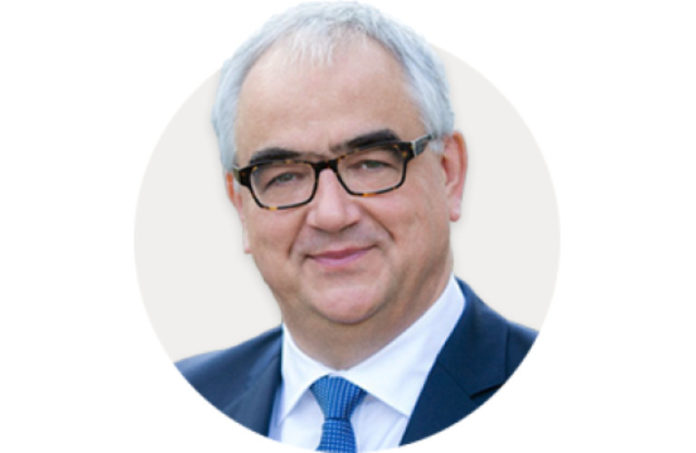 Dr. Paul Stoffels, the chief scientific officer of Johnson & Johnson, will retire at the end of the year, the health care company announced Tuesday.

Stoffels, who is also vice chairman of the Executive Committee, has led the company’s research and product pipeline in discovering and developing health care solutions. During his time at J&J, he has also served as worldwide chairman, pharmaceuticals, leading the transformation of the pharma research & development pipeline for Janssen Pharmaceutical Cos., among other achievements.

“It has been an honor and privilege to spearhead Johnson & Johnson’s innovation agenda and propel transformational innovation to deliver years of life and quality of life to millions of people around the world,” Stoffels said in a prepared statement. “As a physician and a scientist, it is gratifying to see the health care landscape transformed as we unlock the best science and technology to deliver innovative medicines to solve the world’s toughest health challenges.”

Among his accomplishments, Stoffels established Johnson & Johnson Innovation, a network of innovation hotspots around the world, and Johnson & Johnson Global Public Health, which aims to make a difference for people in low- and middle-income countries.

“Paul is an exceptional human being, inspiring people every day,” Chairman and CEO Alex Gorsky said in a statement. “His remarkable capability of bringing a vision and a mission to life, and his commitment to improving and saving lives globally, pulled the organization forward and generated a huge impact on global health and on the trajectory of Johnson & Johnson.”

Most recently, he led the development of J&J’s single-shot COVID-19 vaccine.

“With Paul at the helm, Janssen rejuvenated its pipeline, launching multiple new medicines, making a difference for people all over the world,” Joaquin Duato, vice chairman of the Executive Committee who will take over as CEO in January, said in a statement. “Under Paul’s leadership, the Janssen R&D teams developed more than 25 new medicines across multiple therapeutic areas. Seven of these medicines have been added to the Essential Medicines List of the World Health Organization, a recognition for the huge impact these medicines are making for patients worldwide.”

Christies’ 30-Day Fund has lots of applications — not enough contributions

HMH excited about early results of program that treats COVID-19 with...