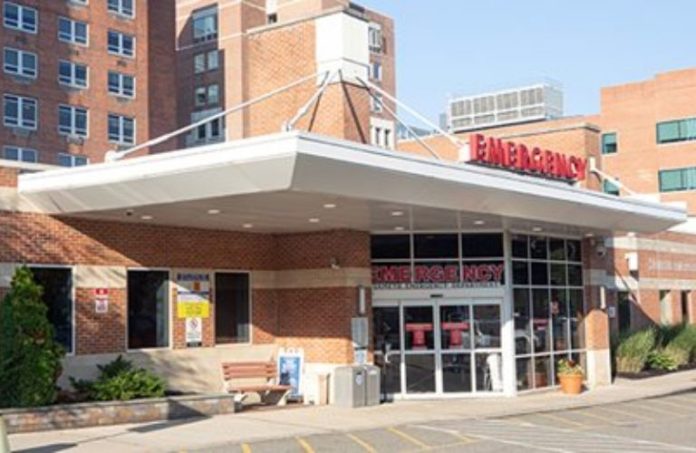 Morristown Medical Center announced Tuesday plans for a $26.9 million expansion and modernization of its Sameth Emergency Department — which is one of the busiest emergency departments in the state.

Once design, funding and approvals are finalized, the project is expected to begin in early 2022, with an expected completion in 2024.

Phase II will involve the physical expansion to accommodate additional beds and optimize the ED’s interior footprint. The most significant undertaking is relocating the 17-room Gagnon Children’s Emergency Department that is currently located next to the general ED. The dedicated pediatric emergency department will be moved to the first floor of Goryeb Children’s Hospital, which will have a separate pediatric entrance.

The Margaret A. Darrin Charitable Trust, which has generously supported a series of major initiatives of Morristown Medical Center, recently made a $2.5 million commitment. The gift will support the purchase of a new CT scanner, which uses less radiation and provides faster scanning times for patients.

The flagship of Atlantic Health System, Morristown Medical Center has been rated the No. 1 hospital in New Jersey by U.S. News & World Report for four years in a row. The 735-bed acute-care teaching hospital is a nationally recognized leader in cardiology & heart surgery, orthopedics, gynecology, critical care, pediatrics, geriatrics, gastroenterology and GI surgery, pulmonology and lung surgery, urology and nursing.

Thus far, the community has contributed more than $3 million through individual gifts and through the sold-out Foundation for Morristown Medical Center Golf Classic, which will take place later this month.

“We are thrilled to bring a much-needed, newly expanded and modern emergency department to our community,” Morristown Medical Center President Trish O’Keefe said.

“During the last few years and throughout the pandemic, we have experienced an increased demand for emergency medical and trauma services. We have exceptional medical specialists and subspecialists available to treat any illness that comes through our doors for adults and children. We continue to provide extraordinary, high-quality care, the latest technology and modernized space to continue to serve our community now, and well into the future.”