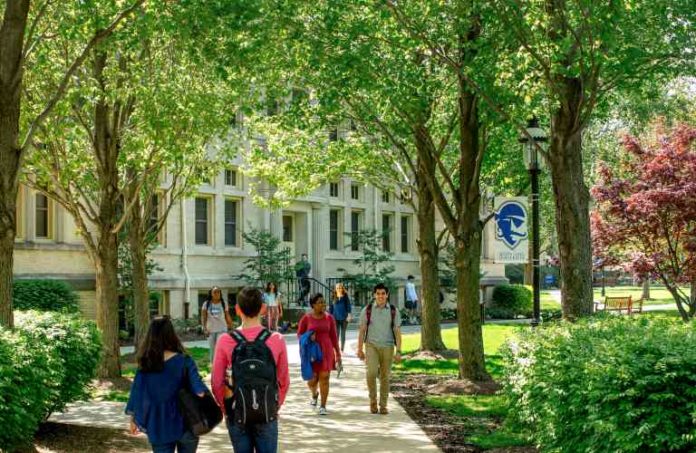 Seton Hall University has an economic impact of $1.6 billion on New Jersey, directly supports nearly 10,000 jobs and has an impact of $64 million on state taxes.

The economic statistics come from a study by Econsult Solutions Inc. that was commissioned by the university in a first-of-its-kind effort by Seton Hall to quantify the impact the South Orange-based school has on its local community.

The study, which will be released later Wednesday, breaks down the $1.6 billion economic impact into four areas:

Seton Hall President Joseph Nyre said the study shows the complete impact a university can have.

“Since 1856, Seton Hall has been dedicated to being a home for the mind, the heart and the spirit,” he said. “We are also pleased to be an externally-looking, active and engaged citizen of the region, state and nation.

“Our economic and societal impact goes to the heart of our mission. Our students, faculty and staff are each day challenged to prove ‘What Great Minds Can Do’ — at Seton Hall and in the world at large.”

That impact goes beyond dollars and cents. The volunteer and service efforts of the faith-based school, which stresses servant leadership, are noted in the study as well, including:

The study also detailed the impact Seton Hall has on the South Orange community and Essex County.

Of course, the ultimate goal of any university is to educate. The study released the economic impact of two elements of that.

Taken as a whole, Nyre said the study showed the great impact the school has on the community.

“At Seton Hall, we invest in our students and in our communities,” he said. “They are in a sense one and the same, and our mission as a Catholic university requires it. This analysis has quantified that to some extent — but, in many ways, it’s the unquantifiable aspect that most resounds: At Seton Hall, we cultivate involved and caring citizens and do our best to be good neighbors.”

Stockton dedicates pair of buildings in honor of $8M donor