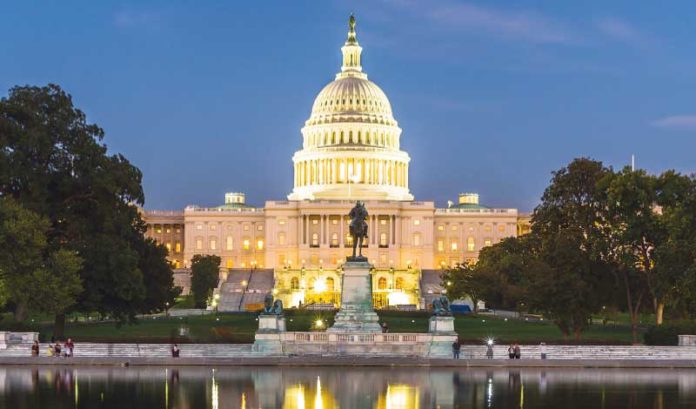 New Jersey and the nation were close to a massive victory in Washington, D.C. Two weeks ago, the House of Representatives, with support from Democrats and Republicans, was about to give final approval to an infrastructure bill that would send long-delayed money — billions of dollars — to states and towns across America to fix crumbling roads, bridges and mass transit systems.

What did we get instead?

The same thing we get on our roads and at our train stations: Delays. Gridlock. Frustration.

No passage of the bill, and no firm assurances from leaders in D.C. that it will be voted on later.

This was a big missed opportunity for the country.

In New Jersey alone, the bill was set to devote $6.8 billion for roads; $4.1 billion for public transportation; $1.1 billion for bridge replacement and repairs; and $100 million to expand high-speed internet access, according to the U.S. Chamber of Commerce. New Jersey would have received a total of $12.3 billion.

The bill would have provided the most funding for Amtrak since the passenger rail service was established in 1971. It included a significant sum to help pay for constructing a badly needed Gateway commuter rail tunnel under the Hudson River connecting New Jersey and New York City — improving the rail connection between Washington and Boston.

The funding would have created thousands of infrastructure construction jobs in New Jersey — a kick-start for the state economy. It would have helped bring internet access to all corners of the state — including many underserved communities. And it would have provided money for lead service line replacement for our drinking water.

In August, a group of 10 House Democrats led by New Jersey’s Rep. Josh Gottheimer (D-5th Dist.) secured a commitment, adopted as part of a House rule, for a stand-alone vote on the infrastructure bill the week of Sept. 27. It had already been passed by the U.S. Senate.

A broad coalition of business and labor, including the U.S. Chamber of Commerce and the International Union of Operating Engineers, fought hard to secure the votes to ensure the infrastructure bill would pass. Shortly before a vote, however, it became clear that approximately 40 Progressive Caucus members were prepared to vote no.

They wanted Congress to vote simultaneously on the infrastructure bill and a $3.5 trillion social policy/clean energy spending bill, often referred to as the reconciliation bill.

Due to the supposed lack of votes for passage, the bill was pulled from a vote in the House, even though Speaker Nancy Pelosi (D-Calif.) had committed to it.

There is a new plan: The infrastructure bill and the reconciliation bill are linked, to be voted on together.

Instead of accomplishing something momentous by passing the infrastructure bill, our leaders in Washington are playing politics and risking doing nothing at all.

This missed opportunity is a blow to New Jersey because our state’s economy will have a much more difficult time recovering if Congress doesn’t deliver infrastructure aid. Well-run highways, bridges and mass transit systems are essential to New Jersey’s economy. Without them, our economy falters.

Recognition should be given to Gottheimer, the New Jersey congressman who, under a lot of pressure, helped broker a deal that was supposed to bring the infrastructure bill to a vote.

He is taking heat from progressive activists, and New Jerseyans ought to stand by him and urge all members of the state’s congressional delegation to do the political work necessary to deliver the infrastructure funding.

There is a lot of discontent about what’s happening in Washington, and political games, such as those played with the infrastructure bill, fuel a lot of this ill feeling. It feels like there is no urgency in the Capitol. No time frame for action.

While no bill is perfect, New Jersey Chamber of Commerce members and labor organizations in New Jersey are overwhelmingly united in their desire to see an infrastructure measure passed.

The next few weeks are crucial.

We have to focus, pull together and get this done so New Jersey gets infrastructure money, and gets it soon. There is a lot at stake in the state — and in the nation.

Tom Bracken is CEO and president of the New Jersey Chamber of Commerce in Trenton. Greg Lalevee is business manager of the International Union of Operating Engineers, Local 825, in Springfield.

Murphys are eligible for vaccine: Here’s hoping they personally log into...