Home Finance For Weiss, opportunity to have even greater impact led him to Newark...
Facebook
Twitter
Linkedin 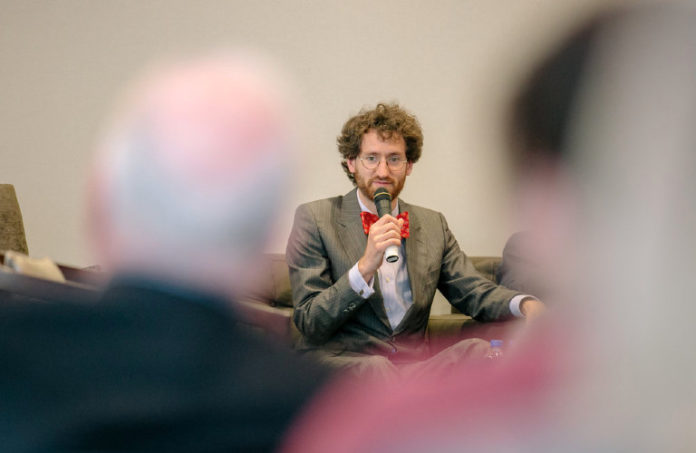 Evan Weiss’ professional career involves many stops in both public and private life — all of which involve using government programs to help improve the lives of citizens.

As a senior adviser to Gov. Phil Murphy, Weiss has had influence over how New Jersey will deploy more than $10 billion in federal stimulus aid.

But, when he interviewed for the role of CEO at the Newark Alliance, a leading nonprofit dedicated to the ongoing economic revitalization of the state’s largest city, he saw that his influence there could go even further.

“I’m very proud of everything that I’ve worked on in state government,” he said. “But it is always high up. You’re not the one sinking your teeth into things. When we were going through some of the programming (the Newark Alliance does), that really appealed to me.

“For example, in the hire initiatives, just hearing in some detail about how they’re plugged in and going deep into some of the Newark public high schools and being able to take students and place them into jobs was incredible.”

“I’ve thought about hiring from a workforce level for statewide policy or programs, but knowing I’ll be able to do something (on a) more geographically based and people-based level, as opposed to so high up and from Trenton, is something that won me over,” he said.

Weiss is not a stranger to Newark. His first job was there — and he proudly admits he has served three mayors or interim mayors (Cory Booker, Luis Quintana and Ras Baraka) and three superintendents. And he has been a consultant to the Newark Alliance.

Simply put, he knows the lay of the land. And he’s looking forward to the challenge.

Weiss, who will assume the role Nov. 1, talked with ROI-NJ about the job and what he hopes to accomplish. Here’s a bit of the conversation, edited for space and clarity.

ROI-NJ: What does Newark mean to you?

Evan Weiss: I’ve had the chance to work in a number of different cities across the country and across New Jersey. Newark has always been the lone star and the glasses I look at other cities through. It’s been where I’ve been rooted most and have my most experience.

It’s been an honor to take some of the stuff I’ve learned in Newark and apply it to other places. I feel like the Alliance is such a powerful institution and such a powerful entity, that it will give me the opportunity to work with the city, the school district and all the other great groups that are working in the city.

I’ve worked in some cities that had kind of similar entities, but, frankly, didn’t have the resources — and didn’t have the ability to really meet that revitalization goal to make those changes in downtown, in the neighborhoods that you have in Newark, where it’s really something that is doable.

It’s a challenge, no question. But it’s one that I think is exciting and it’s one that is going to lead somewhere beyond the great work that the Alliance has done in the past. I’m happy to be part of that.

EW: Other cities I’ve worked in do not have the level of cohesion that Newark has now. We got a lot done in the past in Newark, but there were times when it was more contentious.

Now, the chess pieces are on the board where they should be, and people are all swimming in the same direction. There are 10 other metaphors we can use. The point is, I feel like I’m walking into a position where we are continuing to move along, maybe fine-tuning versus trying to convince others to act.

ROI: Let’s talk about getting people to act. That takes desire. It also takes money — which is the first thing a nonprofit needs.

EW: It’s no secret that government has a lot more money (he says with a laugh). But I think going, hat in hand, to either the federal government or to the state government is going to be different than it was in the past. To me, we’re going to have to be organized — and not be annoying.

I’ve been on the inside. I know how you can annoy people if you keep asking for money. I want to avoid that at all costs. I think being organized will avoid that.

ROI: Let’s talk about transitioning from state government to the private sector. What are the challenges and opportunities?

EW: I think the public-to-private distinction is often overplayed. I think it’s much more, ‘Is an organization bureaucratic or is it not?’ Many of the institutions in the Alliance are almost government-like in their size, stature and scale. That’s not true of all the members, but some of these are institutions that have been in Newark since the 19th century.

It’s a different animal, but it’s similar in that I view it as having to be ready to deal with bureaucracy. The good thing about the Alliance is that I already know a lot of the CEOs and their appointees on the board, so we’ll be able to cut through some of that red tape. Whether it’s the government or its corporate bureaucracy, I feel prepared to deal with it.

ROI: Then there’s this: Alliance members are volunteering their efforts — when they can. How will you manage that?

EW: I want to recognize the value of their time. The Alliance is, by definition, not their day job. So, being respectful — and that means being organized — is important. Being able to coherently give our members and the city a distilled version of what we think is actually a good thing to try to pursue and how we’d like to fund it is important and will help us get things accomplished.