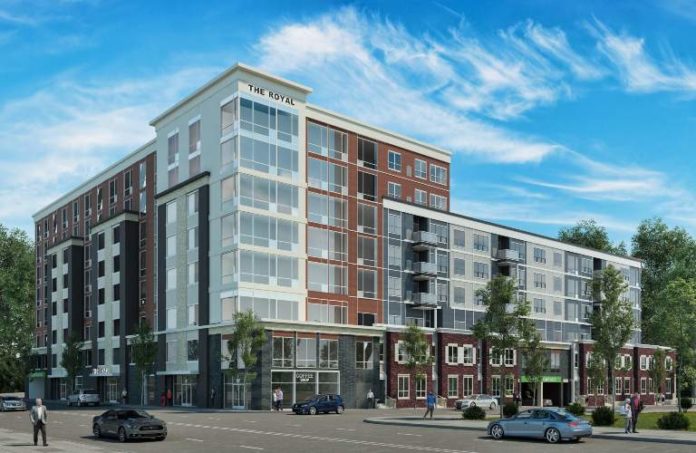 The Royal at Bloomfield Station will include 210 rental apartments, 14 two-story units for sale, about 7,000 square feet of restaurant and retail space and a 304-car municipal parking garage, CHA said in a news release.

The project is part of the Bloomfield Center Master Redevelopment Plan, a multiphase plan to transform the township’s downtown area. CHA assembled the site through the acquisition of seven land parcels, and negotiated a series of public-private partnership agreements with the township.

“We pride ourselves on becoming true partners to municipalities, and our redevelopment efforts in Bloomfield represent a prime example of our ability to work collaboratively with township officials to deliver exciting projects that will serve the region for many years to come,” Managing Partner William J. Colgan said in a prepared statement. “As we continue to execute on our vision for this project, we are thrilled to play a significant role in Bloomfield’s evolution as a thriving live/work/play destination.”