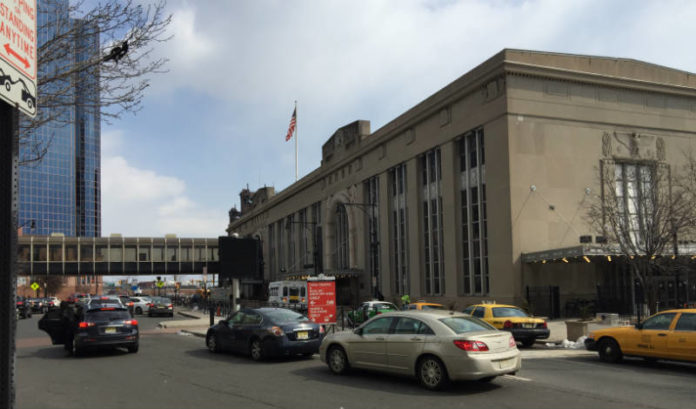 Newark has been formally designated as a Transit Village, making it the 34th municipality to be recognized since the program began in 1999.

All of this, of course, seems odd, in the sense that Newark wasn’t previously designated as such. After all, it is home to Newark Penn Station and handles more transit passengers than any other municipality, by far.

The Transit Village designation, however, does not come just from transit numbers. Municipalities must develop a plan for redevelopment that promotes economic activity and public transportation, New Jersey Department of Transportation Commissioner Diane Gutierrez-Scaccetti said.

Newark is doing just that — and has been for some time.

Newark officials are working to create a pedestrian-friendly, downtown environment that supports opportunities for higher densities of mixed use, residential, retail and commercial development in the specific area of the regional bus hub at the intersection of Broad and Market streets.

The city is looking to transform the intersection, a significant crossroads of commerce and culture, into the epicenter of a more equitable, empowered and collaborative transportation system.

The Transit Village District, which is centered on Broad and Market streets, includes multiple institutions of higher learning, entertainment venues, residential incubators and a cluster of corporate headquarters. Most of the Transit Village District is covered by redevelopment plans, including the Living Downtown Redevelopment Plan and the Downtown Core Redevelopment Plan. These plans aim to create more mixed-use development, promote the restoration of historic assets, enhance the downtown’s cultural resources and reduce the dependence on automobiles by improving public transit, pedestrian and bicycle accommodations.

The district contains 63 bus stops, three light rail stations and one commuter rail station — Newark Penn Station, which accommodates PATH, New Jersey Transit, Amtrak and private intercity bus companies. There are 17 bus routes that serve the intersection of Broad and Market streets, and, each weekday, approximately 80,000 passengers use some form of transit within the Transit Village District.

The NJDOT-administered Transit Village Initiative provides participating municipalities with planning expertise and grant opportunities to redevelop land near train or other transit facilities in a way that promotes economic activity and the use of public transportation.

Here is the list of the 34 municipalities that have been given the Transit Village designation: