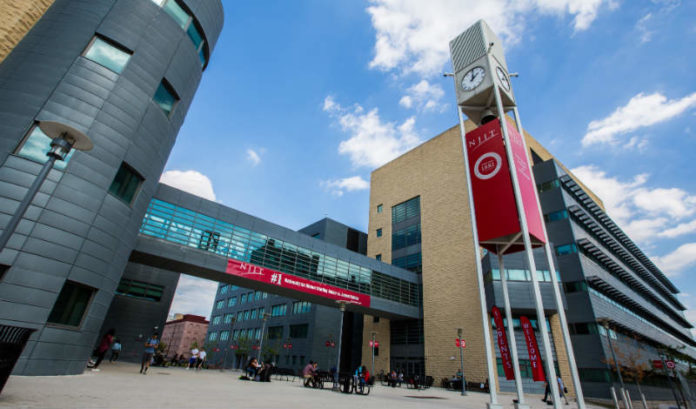 New Jersey Institute of Technology established the New Jersey Innovation Institute in 2014 as a vehicle for students and staff to more closely work with business and industry. And it created VentureLink as an incubator and coworking space for startups — a space that now has more than 50 companies defining and refining their ideas.

The entrepreneurial ecosystem at the school, however, was not complete. That changes this week.

NJIT, through leaders at NJII and VentureLink, will introduce the NJIT Venture Fund, a $500,000 fund that will make one-time, $75,000 investments in early-stage startups — including those still in the concept stage — by members of the NJIT community.

A formal announcement of the fund could come as soon as Tuesday, although the fund’s leaders already are in talks with more than a half-dozen potential companies.

NJIT President Joel Bloom told ROI-NJ that the fund is intended to give a start to those who otherwise are not in position to do so: Recent graduates who may not have access to personal fortunes that enable them to work on their projects without having employment — or faculty who may not have the business background necessary to transform an idea into a commercial entity.

“This says: ‘Compete for some money and let’s get that that stuff off your shelf. Let’s dust it off and see where it goes.’”

The leaders of the NJIT Venture Fund said it is intended to be a starting point. They stressed four things:

Nynens said he feels the fund will help foster and grow the strong entrepreneurial spirit that already exists at the school — but one that often is blocked by financial and organizational hurdles.

“It’s great to say that you support entrepreneurship, but if you do not give people funding, there’s no way entrepreneurs can get to the next step,” he said.

That’s not the only assistance needed.

“It’s just as important to know where you are as where you want to go,” Nynens said. “And, often, that part of the equation gets lost by a lot of people. They talk about the goals, but don’t know how to get there.”

Once they get going, Lutz said the fund will be happy to pass them along to other groups. In fact, the fund speaks regularly with leaders at HAX — which is coming to Newark and has pledged to invest $25 million in 100 companies in the next five years. And the fund includes members of Newark Venture Partners on its investment committee.

“We talk about this as a great feeder,” he said.

For any number of groups associated with the school, Lutz said.

“We’re not sticking to a specific investment thesis,” he said. “It could be a professor with a patentable idea, it could be alumni, it could be even students, as long as they’re about to graduate. They should be full-time on their startup.

“This the sort of thing that can get that early validation, maybe product-market fit, or a works-like, looks-like prototype.

“HAX gives a big check; that’s competitive. There’s going to be a lot of people knocking on their door. And this I want to be something for the NJIT community as a springboard to get there.”

Samuelson said having the fund, working in conjunction with VentureLink, not only will give NJIT students more options — but more energy to pursue them.

“When you’re surrounded by other people who are taking like-minded risks, entrepreneurship is something you feel a lot more comfortable and confident doing,” she said. “Because of the investment by the university and the coworking space and the programming into the curriculum and now the investment fund — all these different levers that allow you to have an entrepreneurial ecosystem — I think we’ll see more people tipping toward a higher-risk path of entrepreneurship versus a more stable path of really awesome engineering jobs.

“Both are really great paths. But, if you want to create environments that allow people to build these companies, you have to have others doing it.”

The partnerships are key, Samuelson said.