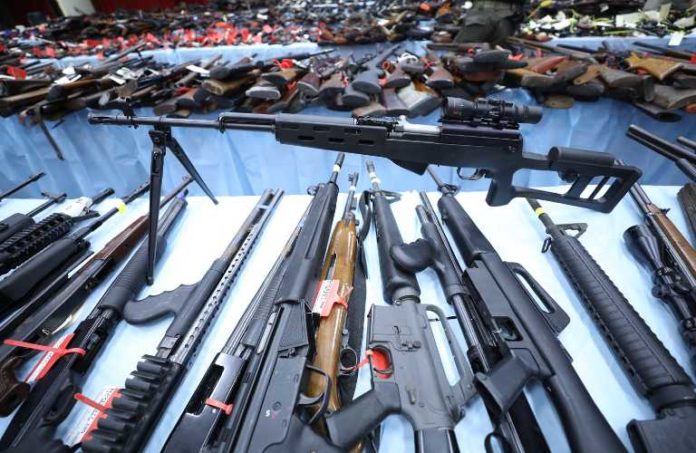 “As a leader in the region, Cooper has an obligation to support public safety initiatives, particularly successful programs that take deadly weapons off the street, to improve the quality of life for those who live in the communities we serve,” said Kevin O’Dowd, co-CEO of Cooper University Health Care. “We are proud to be partnering with the Office of the Attorney General, Camden County Prosecutor’s Office and our colleagues at Virtua Health to fund this important initiative.”

“Safety is always the top priority in health care, so Virtua Health is proud to support the gun buyback program. By reducing the number of guns in our communities, the buyback program will save lives and increase everyone’s safety — especially for children and other vulnerable people,” Greg Pease, Virtua Camden director of operations at Virtua Health, stated.

New Jersey residents were invited to turn in up to three firearms of any type, “no questions asked,” and could earn a maximum of $750. Under standardized pricing set for the buybacks, gun owners were paid $25 for inoperable firearms and BB/pellet guns, $125 for rifles and shotguns, $200 for handguns and $250 for assault weapons. The buybacks were funded predominantly by forfeiture dollars obtained by the local police departments and county prosecutors’ offices, as well as forfeiture funds from the Division of Criminal Justice.

The program is committed to reducing gun violence statewide.

“Our gun buyback events are a great example of what can be accomplished when law enforcement agencies work together with the communities they serve,” Bruck said.