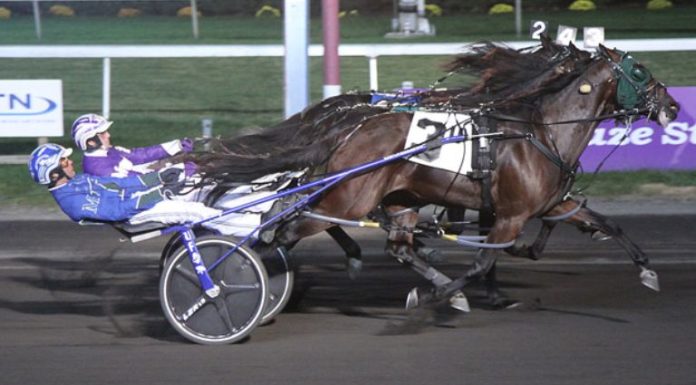 The Meadowlands will get another opportunity to showcase its ability to host a big event this weekend, when the Meadowlands Racetrack and FanDuel Sportsbook host the Breeders Crown Finals for the first time in five years.

The event, which begins Friday night, goes through Saturday.

The Breeders Crown Harness Racing Series was established by the Hambletonian Society in 1984 and alternates between different racetracks every year. This year, the Breeders Crown partnered with American Dream as the “Hometown Sponsor” in a regional collaboration facilitated by the Meadowlands Chamber to again establish the region’s ability to host some of the most sought-after events in all of entertainment.

Meadowlands Chamber CEO Jim Kirkos said those involved are eager for the opportunity.

“We’ve hosted the Super Bowl, WrestleMania, and this year we host the Army-Navy Game, and in 2026, we hope to host the final of the FIFA World Cup,” he said. “Just like the Hambletonian, the Breeders Crown is on that same level — people come from all over the country for this prestigious event.”

Kirkos said the area benefits greatly from these types of events.

“Events like this not only bring money to the area — but they also bring in jobs. And that’s exactly what our region needs right now,” he said. “Without the Hambletonian Society, the Racetrack, MetLife Stadium and American Dream, we couldn’t even begin to think about the economic recovery from the pandemic.

“Breeders Crown is truly a special event — and, while the Meadowlands hosted it many times before, this year could be the most important.  It will show our true resilience to all the adversity we’ve faced in the last year and a half, and demonstrate our commitment to recovery for everyone in north New Jersey.”

This year’s Breeders Crown has a total purse size of $7.8 million. The event begins at 6:20 Friday night, with four championship races. Each has a purse of $600,000.

From teen immigrant to CEO of $20M skin care firm