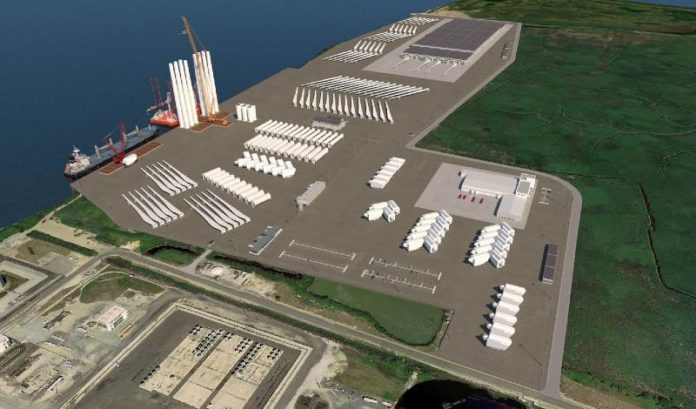 The two-day event, sponsored by CG/LA Infrastructure, discusses and recognizes infrastructure projects around the globe dealing with a number of issues, including highways and bridges, urban mass transit and water/wastewater and energy.

The New Jersey Wind Port is a first-in-the-nation infrastructure investment that will provide a location for essential staging, assembly and manufacturing activities related to offshore wind projects on the East Coast. At full build-out, the Wind Port has the potential to create up to 1,500 manufacturing, assembly and operations jobs and drive billions of dollars in economic growth.

New Jersey officials said being selected as Project of the Year shows the port is viewed as being a leading infrastructure project. The honor is the second such recognition of that in a week.

Last Thursday, the Economic Development Authority revealed that six of the largest turbine manufacturers and offshore wind developers in the world had submitted a combined total of 16 non-binding applications to lease space at the facility.

“The New Jersey Wind Port is a transformative project that will provide immediate environmental and economic benefits and set New Jersey on a path to a more sustainable and prosperous future,” Gov. Phil Murphy said. “This award and the demonstrable interest the wind industry has already shown in the project once again confirm New Jersey as the capital of offshore wind in the United States.”

Tim Sullivan, CEO of the EDA — which oversaw the bids — said the port clearly has captured the attention of the industry.

“The Strategic Infrastructure Project of the Year award recognizes this project’s transformative potential,” he said. “And the significant interest from global leaders in the wind industry shows that our strategy for growing this industry in New Jersey is working.”

Transportation accounts for 42% of global warming emissions in N.J. Here’s...