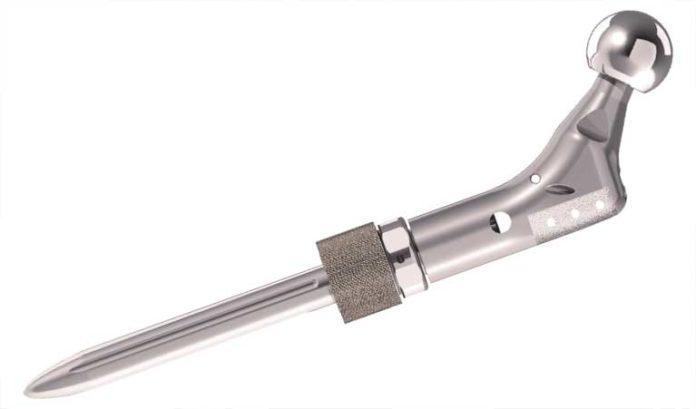 It’s a situation an orthopedic oncology surgeon faces every day: The patient, who already may be undergoing chemotherapy or other cancer treatments, has a diseased bone that must be removed. And removed as soon as possible.

After removing a large part of the bone, the surgeon has two choices: Replace it with something that was not designed specifically for the patient — or perform an amputation.

Onkos Surgical, a fast-growing, industry-changing medtech company based in Parsippany, is aiming to change that paradigm.

The company, using advanced imaging analysis and 3D printing capability, is giving doctors the ability to remove the specific part of the bone that is diseased — and giving them the necessary tools to do so. And Onkos Surgical can provide its services in a matter of days in a niche sector of the bone replacement industry where most of its competitors require months.

More than that, Onkos is advancing its work in using actual bone to be used in the transplant — it has a partnership with the largest bone bank in the country — and is pursuing other devices that could greatly improve the quality of life for recipients, post-procedure.

Patrick Treacy, who co-founded the company in the fall of 2015, has worked in the bone-replacement sector of the industry throughout his more than 30-year career. He knows the impact Onkos Surgical is making.

“Quite frankly, we have revolutionized the standard of care,” he said.

The data bears that out.

Onkos Surgical works with most of the leading cancer institutions and health systems in the country — Memorial Sloan Kettering, MD Anderson, Mass General and the Mayo Clinic to name a few — and saw its business grow by nearly 25% in 2020, despite the pandemic. This year, Treacy said Onkos Surgical is projecting a 50% increase.

The privately held company does not release revenue numbers, but does talk of the total number of procedures: It will produce more than 900 implants this year — a figure that could jump over 1,000 in 2022.

For Treacy and Onkos Surgical, it has been a classic case of filling a need.

While the implant or bone replacement sector has exploded in the past decades — knee replacement alone is a multibillion-dollar industry — innovation in specialty services has slowed to a halt.

Treacy, who started with a company called Howmedica, which eventually was acquired by industry leader Stryker, saw that firsthand.

“As my career progressed, and the joint and knee replacement business got bigger and bigger, this area of orthopedic oncology lost focus by most of the incumbents, because it’s just not as large of a market,” he said. “That’s the reason we started the company.

Treacy said it has led to an ’80s-inspired solution. 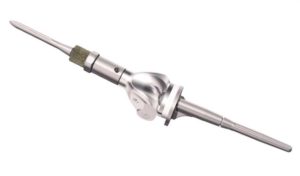 “This group of surgeons pride themselves in their ability to act in a ‘MacGyver’-ish kind of way,” he said. “They’ll put various things together to treat these patients.”

Modern technology is changing the game.

Treacy said approximately two-thirds of Onkos Surgical’s business comes from its ELEOS line, which he describes as an off-the-shelf implant line that surgeons can use and modify inside the operating room.

Here’s how it works.

“We implemented a HIPAA-compliant, secure surgeon portal where surgeons can push us data in a secure way — whether it’s the patient’s CT scan or MRI,” he said.

“We then recreate the patient’s skeleton and anatomy and get the surgeon on a video call and determine what part of the diseased bone they want to remove. Our team then works on the design of the implant and the instruments that will be used, and use a 3D printer to create them in titanium.

“This is where we really excel. We have delivered some of those solutions in a lead time that’s measured in days, and our competitors measure their offerings in months.”

“Since patients are living longer with their disease, their replacement bones can loosen,” Treacy said. “One of the other areas where innovation just stopped back in the ’90s was reattaching soft tissues to these implants. Through the use of 3D printing and new designs, we’ve introduced two new products just cleared by the FDA to reattach soft tissues to these implants.”

The company also is making progress in creating real-time solutions to address infections that often come up during surgery — and on other issues that come up. 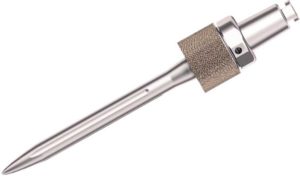 “As we’re getting better and more market penetration — and becoming faster and more cost-effective — we’re finding other opportunities and other markets,” he said.

Treacy is confident the company is just in the early stages of growth. His connection to the New Jersey market tells him that.

While Onkos Surgical has strong relationships with many of the national players, Treacy said its connection to the leading entities in New Jersey — starting with RWJBarnabas Health and the Rutgers Cancer Institute, MD Anderson at Cooper, Hackensack Meridian Health and Atlantic Health — could be stronger.

Such growth in New Jersey will benefit the state’s innovation ecosystem.

Treacy’s commitment to his home state — where more than two-thirds of the company’s 45 employees work — is unwavering. In fact, he said the New Jersey workforce is a big reason for the success of Onkos Surgical.

“We’re proud of what we’re building here, proud to do it in New Jersey,” he said “There’s a lack of appreciation for how much of early-stage medtech sector is here. And, it’s because there’s such a great talent pool. We’ve been able to build a business from scratch and get up and running so quickly because we leveraged these assets that are here.”

Those assets, he said, are making an impact on the lives of people in their greatest times of need. That is the story Treacy likes to tell most.

“We believe individuals with cancer, and, the surgeons that treat them, deserve solutions designed specifically for them — and deserve an organization passionately championing their cause.”