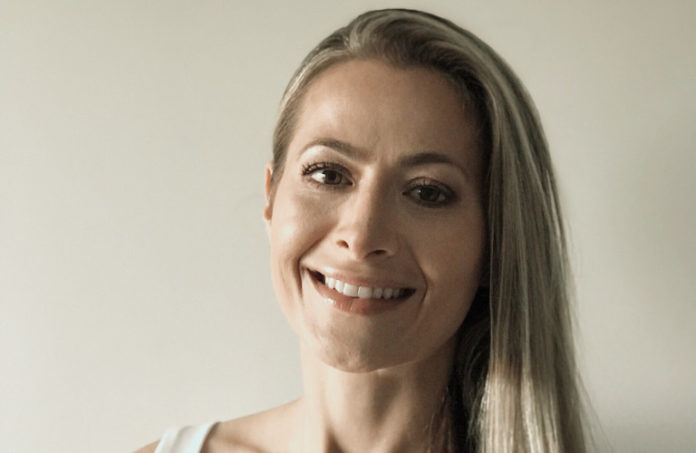 In New Jersey and elsewhere, the offshore wind sector is blowing up. There are 15 active leases for offshore wind development across the country, representing almost 30 gigawatts of capacity and about 83,000 jobs in the next decade, according to the American Wind Energy Association.

And all that capacity will be mostly built out by a labor pool taking its very first dive into offshore wind projects.

Before New Jersey leaders were able to tout the potential jobs that came with the package of the increasingly set-in-stone offshore wind projects — setting the stage for Gov. Phil Murphy’s goal of harboring 7,500 megawatts of offshore wind capacity by 2035 — contractors bidding on those projects had to believe in the potential for regional talent to pull that off.

Wind energy companies, such as the industry’s global leader, Ørsted, seem to have been convinced from the start. When asked why the Garden State, the answer has never been devoid of a nod to New Jersey’s labor pool.

Allison Ziogas, who serves as U.S. labor relations manager for the Denmark-based Ørsted, said even as the offshore wind movement in New Jersey moves into a new phase — in which that boasted-about talent base has to mold itself to a brand-new local industry — they’re still believers.

“We continue to believe that New Jersey has a large pool of skilled workers that are ready for this opportunity,” she said. “While it might be that many of these workers may require some additional training — as there is some industry-specific knowledge — we believe that the state is well-positioned for this rapid offshore wind industry growth.”

Most of that catching up is being done in concert with trade unions. Ørsted recently entered into an agreement with North America’s Building Trades Unions, an organization that represents more than 3 million workers across the country.

As part of that partnership, the labor group and its local affiliates are working to prepare union construction workers for everything involved in offshore wind sector work.

Colleges are on board

The state’s first offshore wind turbines will be planted 15 miles off the coast of Atlantic City. Onshore, South Jersey’s local universities and community colleges are staring at an expanse of new opportunities for education.

Rowan University Provost Tony Lowman said the region’s schools, including his own, have in fact viewed themselves as having a place in the industry’s workforce development and job training from the start.

“We knew it would be a big push here, and so we’ve been planning for it (for years),” he said. “Understanding that traditional disciplines, whether it be civil, mechanical or electrical engineering, is a good prep for this work, we thought it would be also important to start having specialized sources of training for it. And we’re there now.”

Rowan University has forged interdisciplinary collaborations to come up with programs focused on cutting-edge technologies, including aquatic systems that can perform maintenance surveys of offshore equipment, he added.

Community colleges in the area have in the meantime cemented their role in being able to offer two-year credentialing programs. Rowan College of South Jersey in September received a $819,019 grant to come up with a wind turbine technician training program to support the offshore wind industry.

Lowman said there’s a thirst for these programs among the student body.

“Within the engineering disciplines, there’s a lot of interest that we’ve seen,” he said. “I think our students in that generation tend to be more aware of climate issues. So, they’re looking for workforce opportunities related to that. And when they think about where they want to go in the future, they’re aware that this is something they want to be in.”

“We signed that MOU and committed our entire portfolio of projects to be built out under project labor agreements because we value the training resources and capacity that trades have built up,” Ziogas said. “And New Jersey’s building and construction trades have a long and successful history of project execution and a really good safety record, which we highly value.”

Ziogas added that Ørsted’s safety emphasis means that all workers deployed for offshore wind construction will need to be certified by the Global Wind Organization. The Wind Innovation and New Development, or WIND, Institute that was introduced by the governor’s administration last year is helping provide access to training for that.

The larger test will be its role on the majority of New Jersey’s proposed wind farms. The New Jersey Board of Public Utilities awarded the company a pair of Offshore Renewable Energy Certificates, or ORECs. Ørsted’s adjacent Ocean Wind and Ocean Wind 2 offshore wind farms are planned to generate about 2.3 GW of wind energy and create hundreds, potentially thousands, of jobs in the process.

“But we see that the trades have provided a great foundation — with electrical work in particular,” Ziogas said. “The work will involve cabling, splicing, pile-driving and other disciplines that have existed in the trade for a long time. Certainly, there’s an added layer of complexity when talking about doing this work over water, so, absolutely, we’ll need some bridging work to make sure that the foundation of the trades have to get adapted to the complexities of offshore wind (projects).”

Sal Forgione, business development manager at engineering and environmental consulting services firm Langan Engineering, said that, from the local perspective, this is where the confidence comes from.

“At labor unions, as well as through the professional engineering services that Langan and others provide, we’ve been doing this in some capacity for a long time,” he said. “Despite the fact that this is a completely new industry, and although some of the transmission lines (or other associated wind energy equipment) might differ in size, a lot of that experience in traditional energy projects is transferable.”

There’s also the aspect of the work that involves shoring up existing infrastructure with the energy generated with offshore installations. Langan Engineering’s role, for example, will be pairing engineering experts with companies such as Ørsted to take decommissioned power distribution centers back online with what offshore turbines are generating.

The labor required there is one of the less novel parts of the coming wind energy build-out.

“Basically, you’re still acknowledging the fact that there is cabling that has to come onshore to go to a distribution center before it’s distributed to communities,” Forgione said. “You just have to make sure you have the specific talent for that onshore work to continue long after offshore structures are set up because of the perpetual maintenance involved.”

At the same time, Forgione expects the massive staging and construction work that’s slated to occur just miles off of New Jersey’s coast will involve a lot of testing of different approaches.

“And there will be — I wouldn’t say trial and error, but innovation,” he said.

Ronald Boyer, senior principal at Langan Engineering, said the planning for new electrical transmission will involve a lot of tapping the knowledge base that exists in the world’s more well-established markets for offshore energy.

“There’s a transfer of knowledge that’s going to happen between the European market and here,” Boyer said.

For Ørsted, Ziogas implied that where that transfer of knowledge will be most readily apparent is in the supply chain work that’s right now mostly centered in Europe. She said there’s a major push to attract talent, as well as material investment, to the United States.

In fact, she’d be happy to see that largely happen in New Jersey.

With its OREC awards, Ørsted also committed itself to helping build out a long-term talent pipeline for this industry locally. It partnered with the New Jersey Institute of Technology and, together, the entities will create new scholarship and career development opportunities in the field of offshore wind for NJIT’s engineering and computer science undergraduate students.

“My hope is that New Jersey can become the hub of this talent in the Northeast, as well as the hub of investments into wind-ports,” she said. “We want to make sure New Jersey becomes an anchor in this industry as it spreads up and down the (Eastern Seaboard).”