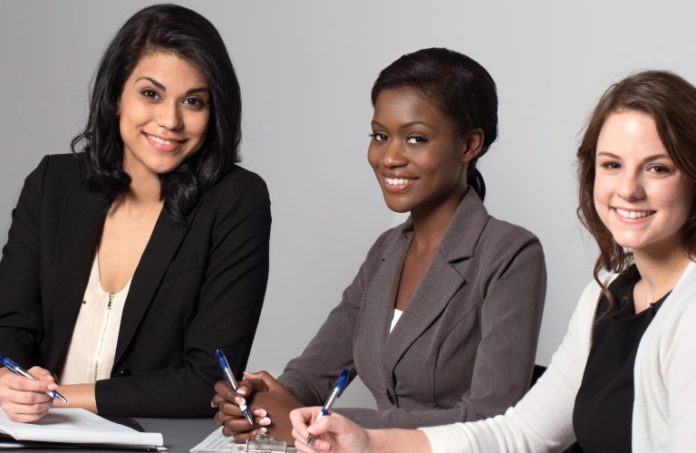 The Executive Women of New Jersey has drawn attention to the low numbers of women on corporate boards with its biennial report, “A Seat at the Table,” which was first released in 2013.

This year’s report, “Achieving Racial Diversity in the Boardroom and Beyond,” represents the organization’s effort to expand its mission to include racial equity — as it turns its focus to the importance of racial diversity on boards and in the senior governance of public companies.

While there have been significant increases in women’s representation on boards of Standard & Poor’s 500 companies between 2010 and 2020, where it more than doubled, from 21% to 47%, the new report found that the pace of progress for racial minorities has been slower.

New minority representation increased by only 10 points, from 12% to 22%, over the same period, according to EWNJ’s own data and U.S. Spencer Stuart Board Index.

“Our nation’s racial reckoning has made it exceedingly clear that, like most positions of power across the country, corporate leadership is sorely lacking in racial diversity,” added

Barbara Kauffman, president emerita of EWNJ and CEO of the Newark Regional Business Partnership, who said the report address an uncomfortable truth.

“In the wake of the murders of George Floyd, Breonna Taylor and many others, several of America’s leading corporations issued public statements pledging support for racial equity and committing to fighting racism and sexism in their own firms, but the uncomfortable truth is that many of these companies had little to no diversity among their leadership,” she said.

“This report offers recommendations from business executives with a demonstrated history of diversifying their leadership ranks, and we are immensely grateful to each of them. Our hope for this report is that corporate decision-makers take seriously the recommendations outlined in this report and follow through on the pledges they made.”

“A significant part of our work at EWNJ is leveraging the data in our reports to combat the pervasive misconceptions surrounding the value of gender diversity,” she said.

“Our research dispels the myth that there is a lack of diverse, qualified candidates in the executive pipeline. What is lacking is a sustained commitment to prioritize diversity, equity and inclusion at all levels of the workplace. Diversifying boardrooms and C-suites is a sound investment in the future of all corporations, and we hope our report helps shift corporate culture toward that reality.”

“EWNJ is incredibly excited to release our first ‘A Seat at the Table’ report studying racial diversity on corporate boards and in senior governance,” she said. “For 40 years, our organization has been an influential force in breaking down barriers for women in corporate spaces, and, with this special report, we begin a new journey of fighting to dismantle the racial barriers that stand in the way of equity.

“Despite the progress our previous reports on gender equity have shown, the same cannot be said about racial diversity in New Jersey and on the national level.”

Click here to view “Achieving Racial Diversity in the Boardroom and Beyond” and previous editions of A Seat at the Table reports.

Distinctive path: From frustration of war on drugs, to service in...