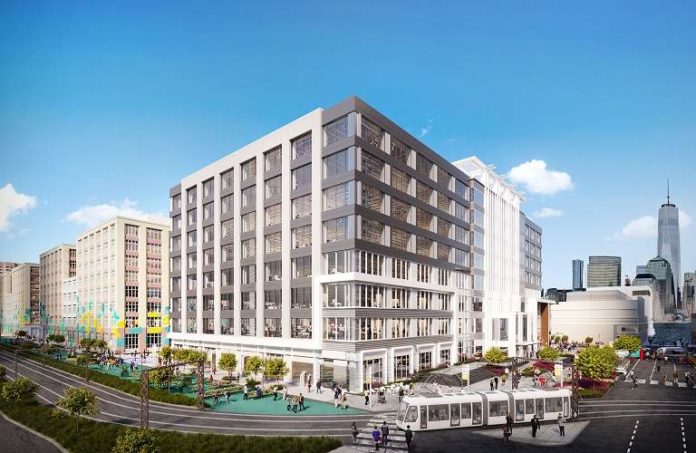 Amazon is reportedly looking to take space in Jersey City at the Mack-Cali Harborside campus.

As reported by Bloomberg, citing people familiar with the potential deal, the e-commerce giant is close to a inking a lease at the fully renovated and repositioned Harborside 1, a 422,590-square-foot, nine-story first-class office building with an attractive new façade, reimagined lobby and significant infrastructure upgrades — including a private terrace on the fourth floor, which offers expansive views of the Hudson River and the Manhattan skyline.

Neither Mack-Cali nor Amazon responded to Bloomberg for comments and the deal is still under negotiations.

If complete, the transaction would represent one of the state’s largest office leases in recent years and a major victory for the Hudson waterfront submarket.

Mack-Cali, one of the country’s leading real estate investment trusts, is headquartered in Jersey City.

Delays in legalization of recreational marijuana have left businesses in lurch...