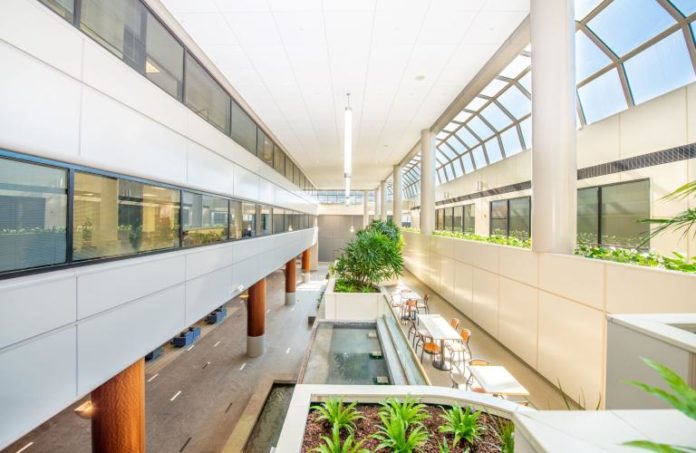 There are office buildings and then there are office destinations. Glenpointe is one of northern New Jersey’s leading corporate destinations and Asiana Airlines just inked a lease for 2,511 square feet of office space there according to a Wednesday announcement from Alfred Sanzari Enterprises.

Just six miles from New York City, the property features on-site transit availability via NJ Transit buses that stop at both the Port Authority Bus Terminal and the George Washington Bridge Bus Terminal. In addition, the campus’ central location at the intersection of Interstates 80 and 95 provide easy access to the Garden State Parkway, Palisades Interstate Parkway and Routes 4 and 46. Furthering Glenpointe’s appeal are the extensive capital improvements made throughout the campus over the last several years that include redesigned breakout/common areas, upgraded lighting, and a revamped 22,000-square-foot multipurpose outdoor amenity space known as “The Green.”

Founded in 1988, Asiana Airlines is South Korea’s premier global airline. Headquartered in Seoul with satellite offices around the world, the airline flies 111 different routes to 34 countries and offers international cargo transportation services. After deciding to leave its New York City location, Asiana Airlines recognized Glenpointe offered everything they desired in a new office with the ideal combination of amenities, flexible space and immediate access to major highways.

“The combination of amenities, flexibility and ease of access found at campuses like Glenpointe can often be difficult to find in New York City,” said Carolina Gutierrez, manager, Leasing and Marketing at Alfred Sanzari Enterprises. “We are increasingly seeing New York City-based companies like Asiana Airlines looking to New Jersey as a viable option as they determine their future office space needs. We welcome Asiana Airlines to Glenpointe and look forward to helping their employees experience all that the campus has to offer.”