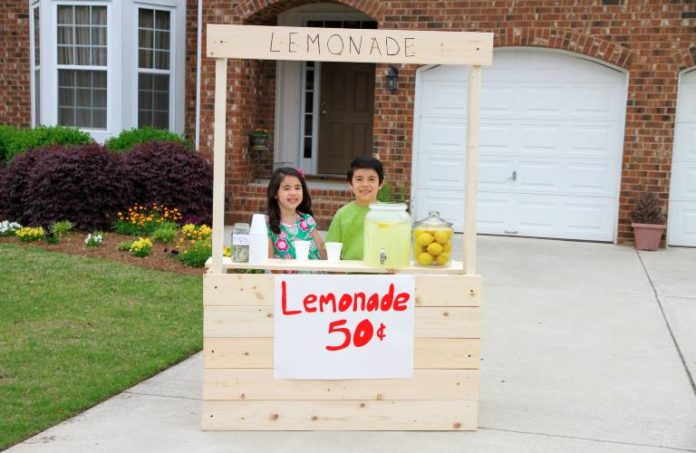 From the hard-to-believe department comes this item: Gov. Phil Murphy signed legislation this week that will allow children to run temporary businesses — such as lemonade stands — without municipal permits.

The bipartisan bill, sponsored by state Sens. Michael Doherty (R-Washington) and Sandra Cunningham (D-Jersey City) prohibits municipalities from requiring a child to obtain a license or permit to operate a business temporarily.

While a lemonade stand can serve as an initial introduction to entrepreneurship — not to mention capitalism — Doherty said there were enough examples of the big hand of government getting in the way that he felt the idea needed to be protected.

“There’s an endless stream of stories from around the nation about children being harassed by local officials for running lemonade stands without permits,” he said. “Instead of providing space for kids to learn about entrepreneurship, they’re being taught harsh lessons about the heavy hand of government by overzealous bureaucrats.

“This legislation, now law, makes clear that New Jersey’s children have the right to run a lemonade stand from their driveway or mow a neighbor’s lawn for a few bucks without a municipal license or permit.”

Doherty is all about protecting citizens and business owners, but he said preventing lemonade sales is nothing more than an overreach of government.

“Nobody is getting sick because a 6-year-old’s lemonade stand didn’t get a health inspection, and professional vendors aren’t being driven out of business by the $5 a child might collect from supportive neighbors,” he said.

“Unfortunately, those are the exact excuses towns have used to put the smack down on entrepreneurial kids from coast to coast. It’s absolute nonsense that should never have been tolerated in New Jersey and I’m pleased that Gov. (Phil) Murphy agrees.”

The question is: What’s next? Protecting the rights of kids to shovel snow?

Not to worry, that right was codified into law into 2016.

Doherty sponsored the “Right to Shovel” law that was enacted after a pair of teenagers were stopped by police and told they couldn’t go door to door without a permit to solicit snow shoveling business in advance of a snowstorm the next day.

This lemonade stand legislation is actually an extension of that law.

How do you spend $13.2M in ARP funding? Hoboken presents detailed...