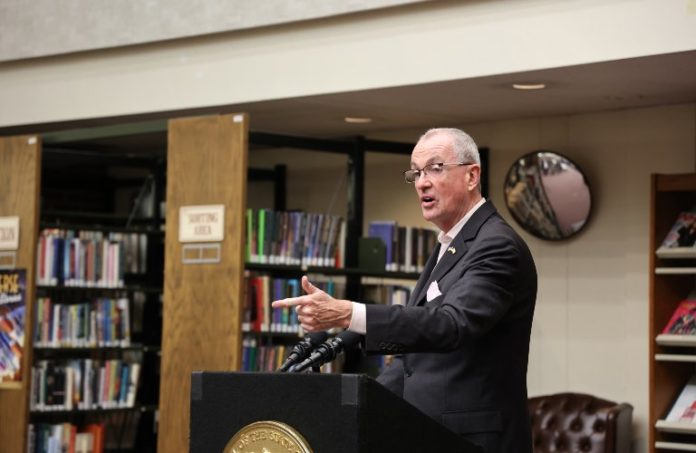 Shawn LaTourette, the commissioner of environmental protection, called it a historic investment that will serve as a hub for ecotourism.

Debra Kagan, the executive director of the New Jersey Bike & Walk Coalition, called it a landmark of development that will enhance access to open space for underserved communities.

And Gov. Phil Murphy called it the crown jewel of our state park system, one he predicts will be among his administration’s five biggest accomplishments.

After decades of local advocacy and outreach, and more than three years of direct negotiations, Murphy announced Friday morning that the state took a huge step toward the creation of a nine-mile park that will stretch from Montclair to Newark to Jersey City.

Murphy announced the state will secure the purchase rights of the former railway area that spans two counties and eight municipalities in one of the most highly populated regions of northern New Jersey.

And, while the project still has years to go before its completion — so much so that no one would even offer an estimate as to how long it will take to transform the 135 acres that will become the park — the biggest unanswered question is this: What will it be called?

Murphy and local officials said there will be a contest to come up with a creative name — or one that is more formal than the working title: “Our version of the High Line.” 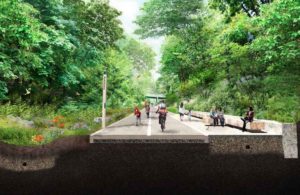 But that could not take away from the excitement of a project that so many have worked on for so long.

“This project has been years in the making, and I am proud to be the governor to advance this dream to being a reality,” Murphy said. “This new park will be a crown jewel of our state park system, providing much-needed recreational space to New Jerseyans and out-of-state visitors, while revitalizing and protecting environmentally sensitive areas.

“Residents of our state’s two largest cities, and the suburbs beyond and in-between, will benefit from access to a multiuse trail, and the natural beauty of the Meadowlands.”

The greenway will connect the communities of Montclair, Glen Ridge, Bloomfield, Belleville, Newark, Kearny, Secaucus and Jersey City. It will follow the right-of-way of the eastern portion of New Jersey Transit’s former Boonton Line, which stopped passenger service in 2002 and limited freight service in 2015.

Spanning an average of 100 feet or more in width throughout its route, the project has the potential to offer significant benefits, especially in light of the current health, environmental and fiscal crises. 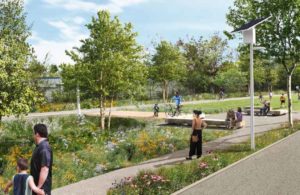 It’s why local community leaders have been calling for the creation of a linear park on the former rail line property. They say it will:

The Essex-Hudson Greenway Coalition — comprised of the Open Space Institute, the New Jersey Bike & Walk Coalition and September 11th National Memorial Trail Alliance — has been advocating for the project for years.

In July 2020, the Open Space Institute reached a preliminary purchase and sale agreement with Norfolk Southern Railway for the property in Essex and Hudson counties for the purpose of the Greenway.

While Friday marked the most important step in the process — acquiring the land — the completion figures to be time-consuming and difficult. Additional funding still needs to be secured. And officials will have to determine who will maintain and provide security and oversight at the site.

State officials said they hoped it would be completed in some fashion before Murphy leaves office four years from now, even if that means only parts of the nine-mile park are opened.

The wait, officials said, will be worth it. 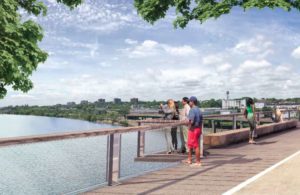 “For far too long, our families have had to deal with the negative impact of an abandoned rail line. From illegal dumping to being an inviting space for negative activities, the rail line has tainted homeownership, backyards, new developments, new elementary schools and the first countywide park system in the country,” Senate President Pro Tempore Teresa Ruiz (D-Newark) said.

“Today’s announcement shows that New Jersey will fight for environmental justice. I am grateful Gov. Murphy sees the value in this project, and I look forward to being a partner in this endeavor, which will be a game changer for open space.”

“Without question, this deal underscores all the merits of public-private partnerships and strategic land protection in one package,” she said. “The Greenway project will make it easier for millions of people to enjoy the benefits of being outdoors, completely transform the way communities connect with nature and connect with each other, linking people to parks, waterways and their neighbors — all while creating alternative transportation options, improving water quality and spurring economic activity.

“Thanks to Gov. Murphy, this once-in-a-generation opportunity will soon become reality, and OSI could not be prouder of the role we played to negotiate the deal, bring stakeholders together, and generate public and private support for the initiative.”

One that desperately needs a cool-sounding name.