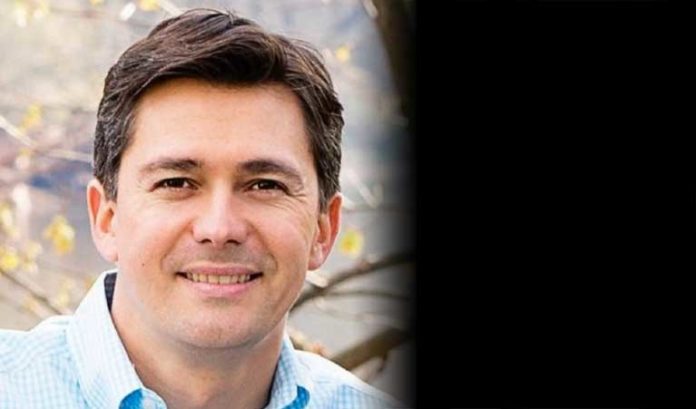 Colin Newman, a longtime face on the New Jersey government and business scene who recently was named the director of public policy in the state for Amazon, got a sense of a need for the role during a recent conversation with a member of the Legislature.

“He didn’t know Amazon paid for tuition for entry-level associates, where, in some instances, we pay for a full bachelor’s degree,” Newman said. “He didn’t know about the comprehensive health benefits we give on Day One — and that the same health insurance I get, everyone gets.”

The legislator likely didn’t know that entry-level employees can make as much as double the state’s minimum wage (some jobs start as high as $22 an hour) and that they often come with a signing bonus. Or that Amazon, which is in the process of hiring an additional 8,000 employees this fall, is now the state’s largest private employer — well over the 50,000 mark at this point.

And he assuredly didn’t know that Amazon just made a large furniture donation to The Warehouse NJ, a Millburn-based nonprofit that this month alone has helped refugees from Afghanistan and those who were impacted by the remnants of Hurricane Ida.

Newman said it’s now his responsibility to let policymakers know that Amazon is more than just an e-commerce delivery giant.

“I have to focus on an education phase,” he said. “That’s how I approach the job. We’ve steadily grown in the state — especially during the pandemic.

“I think with that comes responsibility to do a better job sharing our story with policymakers and community stakeholders. And it’s incredibly important that we’re accessible to policymakers, who want to reach out to us and engage us and learn more.”

Newman, who came to Amazon after six years at Audible (which is an Amazon company), knows his way around the government officials. The former deputy chief counsel to Gov. Chris Christie has worked in all three branches of government, also serving as a chief counsel to Republicans in the Assembly and as a clerk to former state Supreme Court Chief Justice James Zazzali.

But don’t think Newman will just be working the halls of power in Trenton. He said he is eager to interact with the state’s top business leaders, too — recently joining both the New Jersey Chamber of Commerce and Choose New Jersey.

“That definitely is part of the strategy to really lean in and engage more with business leaders,” he said.

Newman recently talked with ROI-NJ about his new role. Here’s a look at the conversation, edited for space and clarity.

ROI-NJ: Everyone knows Amazon as the e-commerce giant. But the example above shows how Amazon the business is not as understood. How do you change that?

Colin Newman: I look at my job as helping policymakers know more about the positive impact we’re having in the local economy, on job creation, on upskilling. How we’re helping support their local communities and the causes important to them.

ROI: How is that?

CN: Ranked by state, New Jersey has the sixth-most Amazon small business sellers per capita, with over 20,000, and these small and medium-sized businesses selling on Amazon. Some of them are friends and neighbors who are operating businesses out of their house.

These third-party sellers actually now account for nearly 60% of all products purchased on Amazon. From Cape May to Sussex County, where we’re impacting the local community and the economy.

ROI: We mentioned Amazon’s efforts with a nonprofit in Essex County. Talk about the importance of connecting with communities?

CN: We strive to not just be a good employer, but a good neighbor. And, by the end of this year, we’ll have contributed over $2 million to community groups across the state that are performing great work.

It’s a wide range of organizations, from the arts to social justice to supporting youth and families in need during the pandemic, especially through the Boys and Girls Clubs and the YMCA across the state.

That’s an exciting area and it comes with the responsibility of being such a large employer. It’s not just having a huge impact on the economy and job creation; it’s having a big impact on the community.

ROI: How big a presence can Amazon have here?

CN: It’s hard to say. Between 2010 and 2020, we’ve invested about $23 billion, including infrastructure and compensation, to our employees in New Jersey.

New Jersey has been a positive place for us to grow. Great workforce and an important customer base in the Northeast. We’ve got a really impressive infrastructure and operations that we’ve built out here. We’re excited to stay here and be an important business partner and important partner with policymakers.

ROI: Let’s turn to you. As a Jersey guy, what advantages do you have at helping to connect the dots and the players?

CN: It’s a big responsibility. And I’m humbled to take it on. But, as a native New Jerseyan, having served in senior roles in all three branches in New Jersey government, I’m excited to bring that perspective and really help tell that story. And it’s an opportunity.

I would say my main job is to educate, so policymakers have a better sense of all the great things Amazon’s doing in New Jersey — that they know how we’re impacting the state and how policies that they’re currently debating could impact our ability to create more jobs for their constituents.

NJ Transit has needed total of engineers for 1st time in...